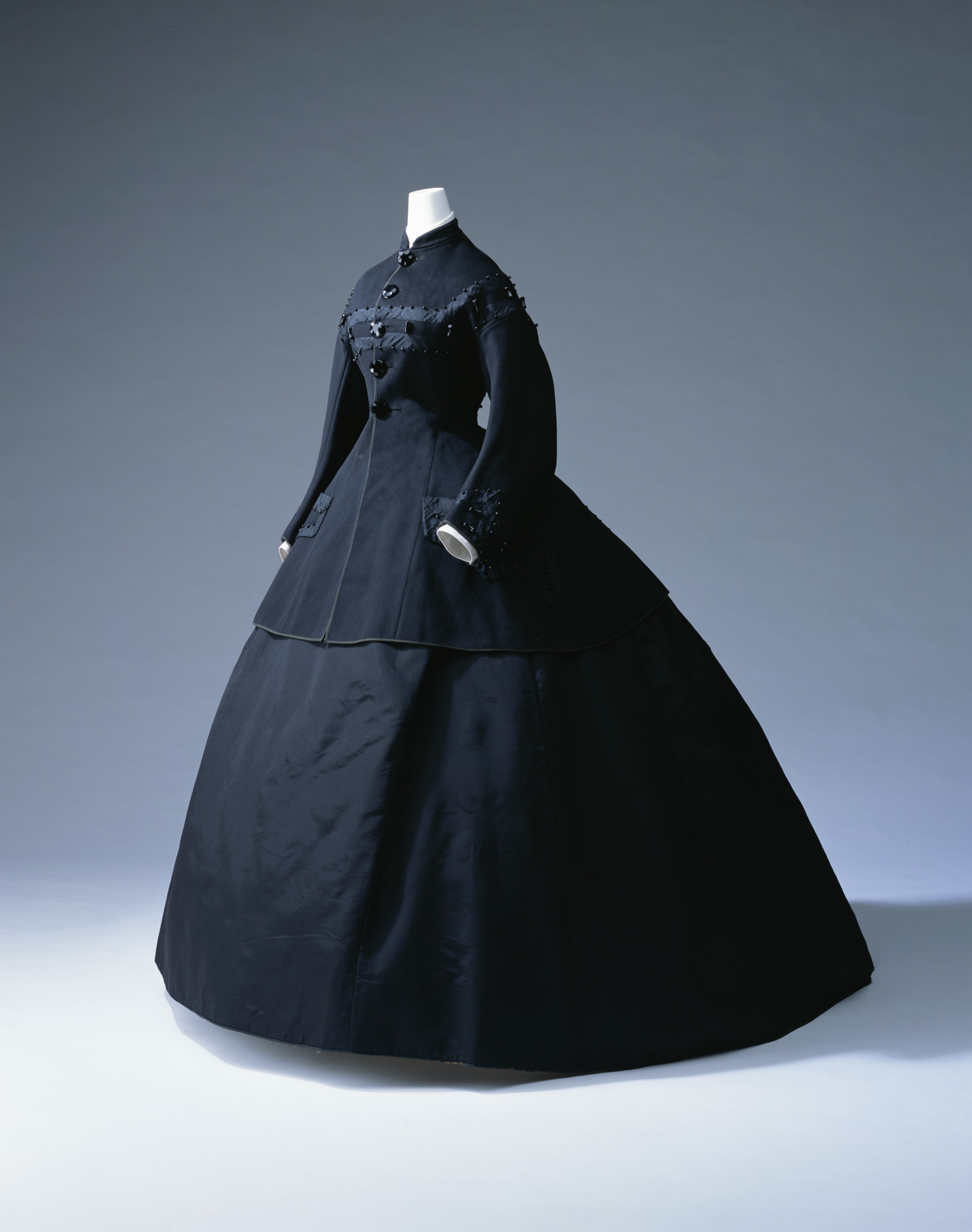 An outfit comprising a tailored jacket and a crinoline skirt in which the skirt billows widely at the back, a look that was in vogue during the 1860s. The color black emphasizes the outfit’s sophisticated silhouette from which any excessive decoration has been eliminated. The influence of men’s clothing in the mannish style of the jacket and the choice of black was initially seen in women’s riding wear, but this influence extended to daywear in the latter half of the 19th Century, and went on to develop into the tailored suit. The jacket is decorated with the precious stone jet. Jet, a variant of zinc or coal, had been used for centuries in the West as decoration in a wide range of art and craft products. In the second half of the 19th Century, jet became most notable as a form of personal adornment in conjunction with the trend of wearing black, influenced in part by Queen Victoria's choice to continue wearing black long after the death of her husband, Prince Albert.