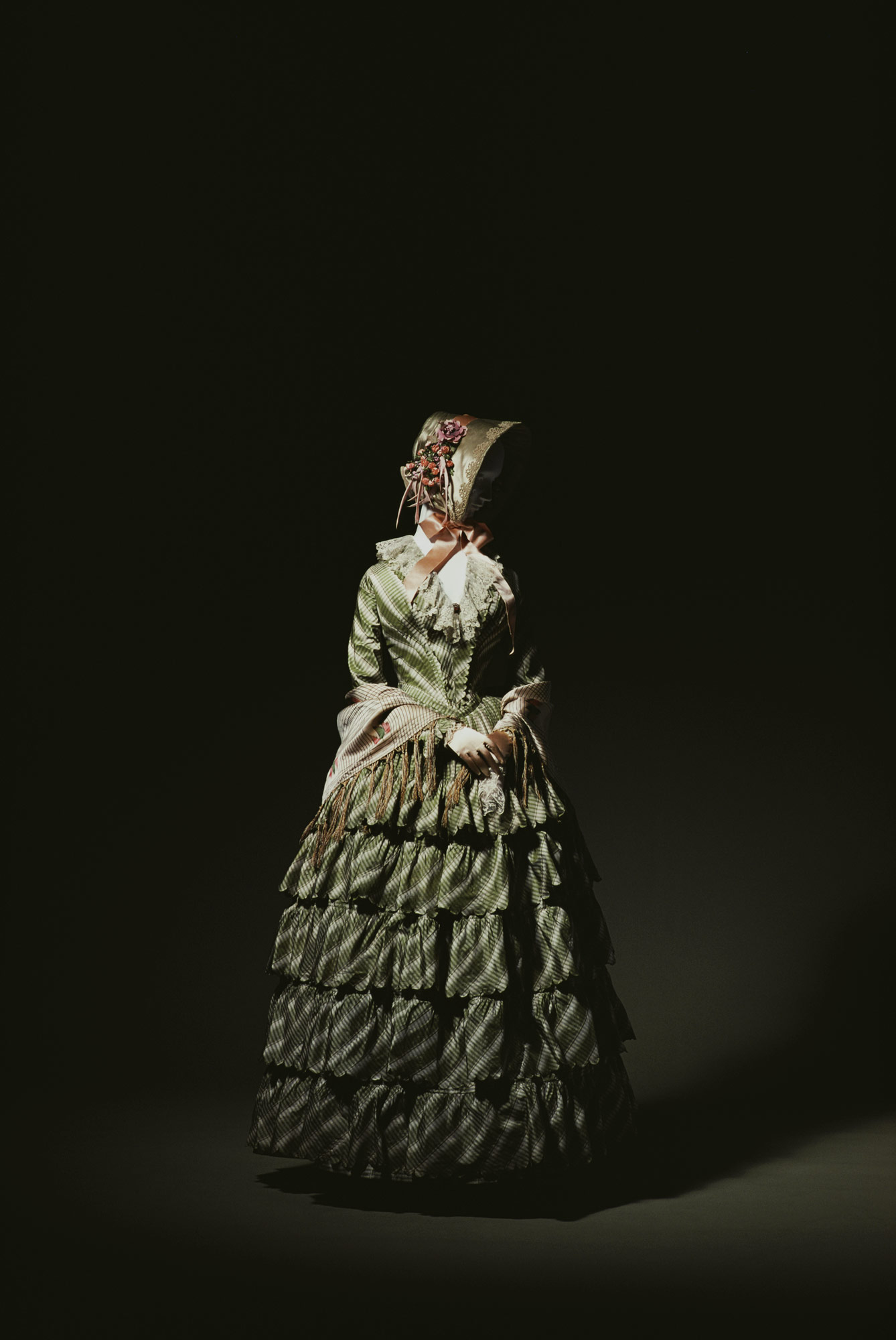 A day dress adorned with five-tiered flounce. The flounce edges are cut in a scallop shape along the cross-grain (bias).
In the middle of the 19th century skirts tended to be more rounded and often took bell-shaped forms. This contour was accentuated even further by many layers of horizontal flounces, ranging from two or three to dozens of layers.