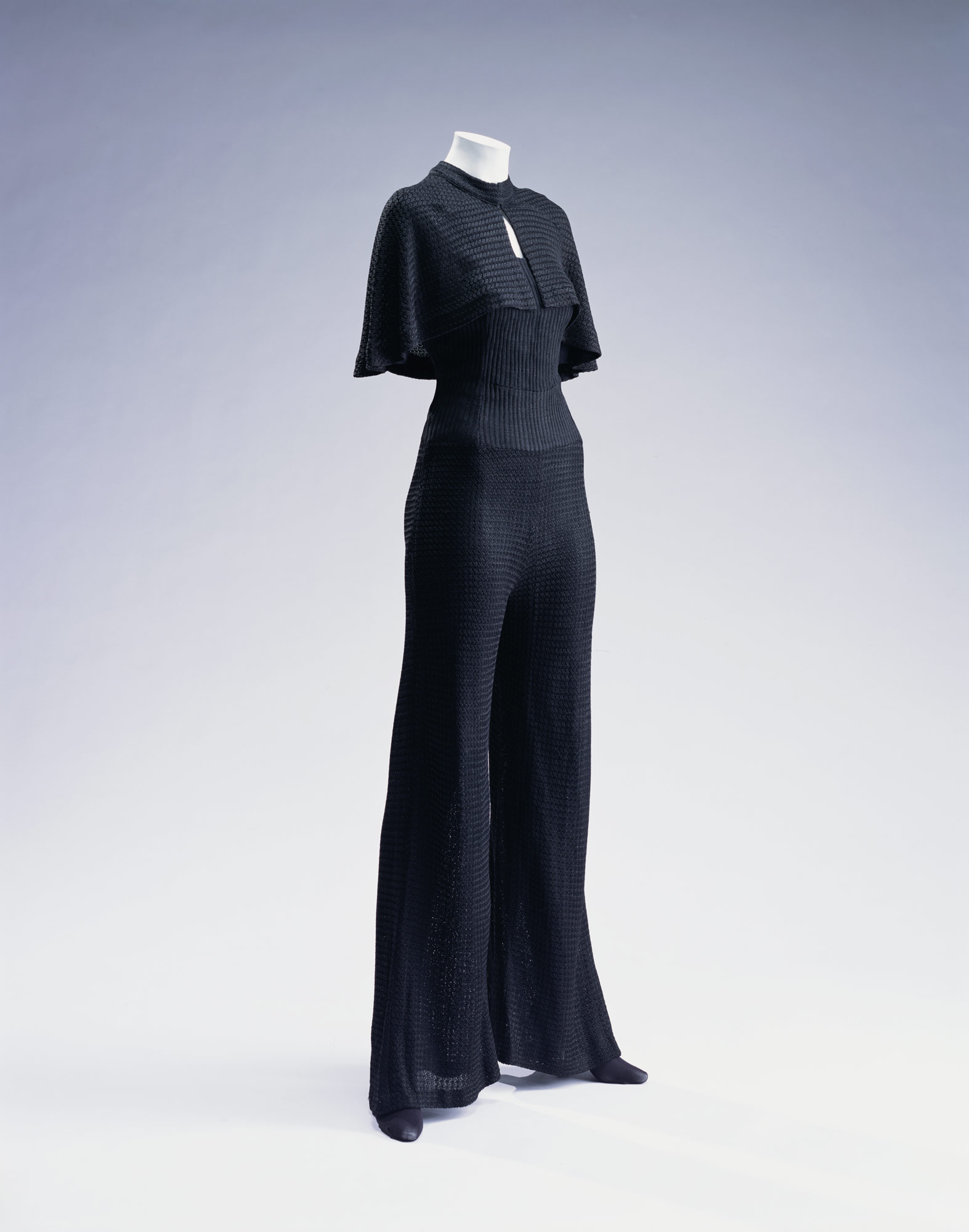 The material of this outfit is a man-made fiber, rayon, which was given much attention at the time. This is a piece of Jean Patou's, who worked with sportswear from his early period.
The "garçonne", a new style for women popular after World War I, aimed to eliminate the gender bias in clothing. Women started wearing pants, which had formerly been a symbol of men's attire, although they were only worn inside the house or at resorts. The regular appearance of trouser-wearing women in public only came about after World War II. As resorts became the new lifestyle of this period, sporty clothing finally garnered attention. 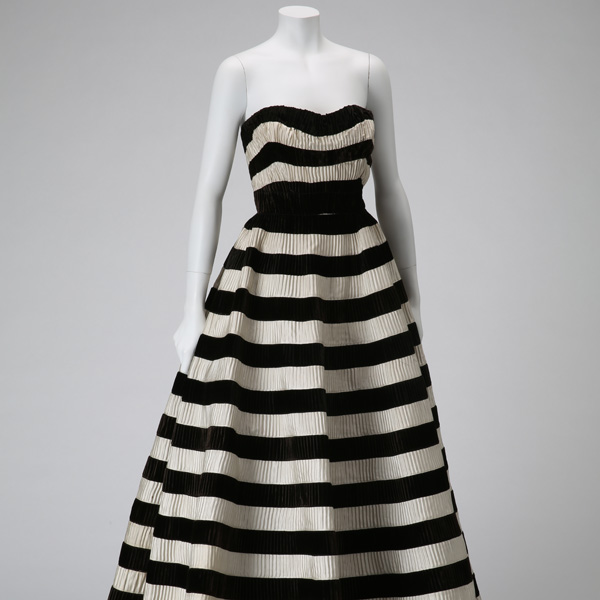 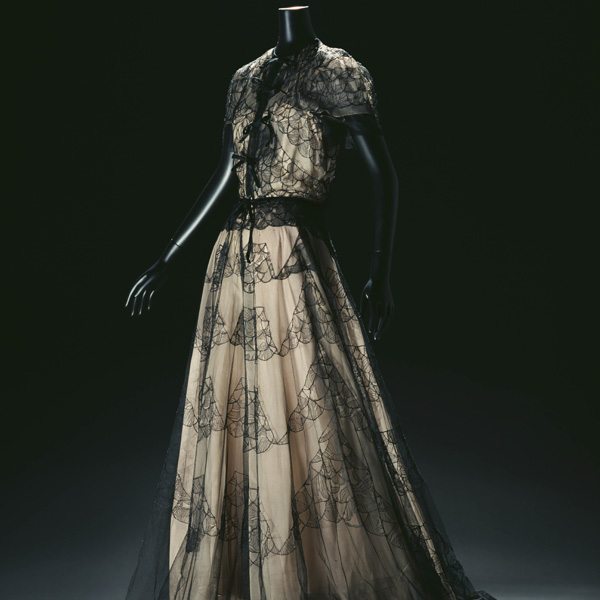 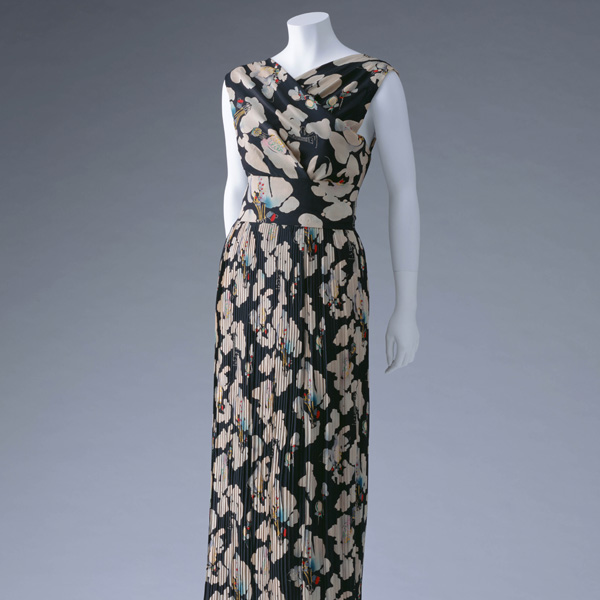 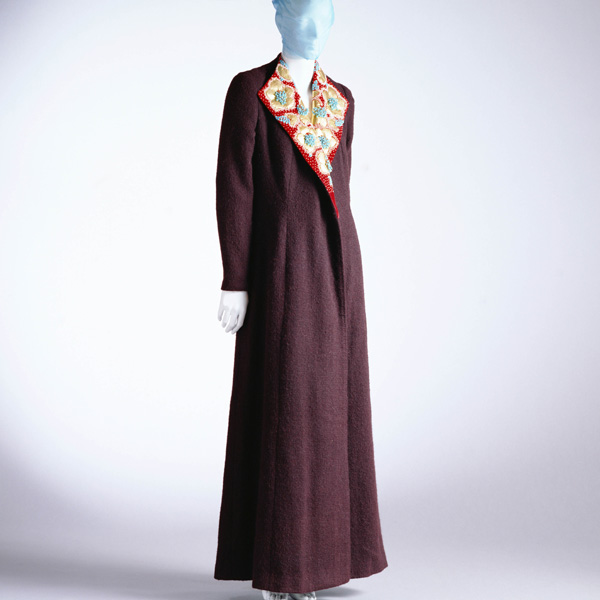 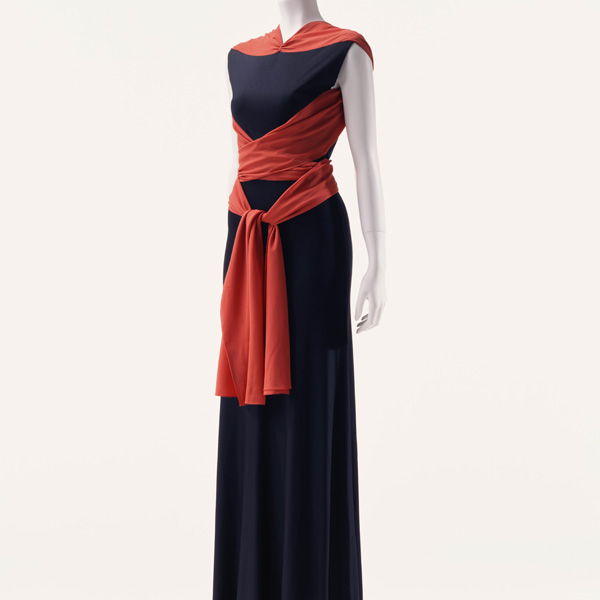 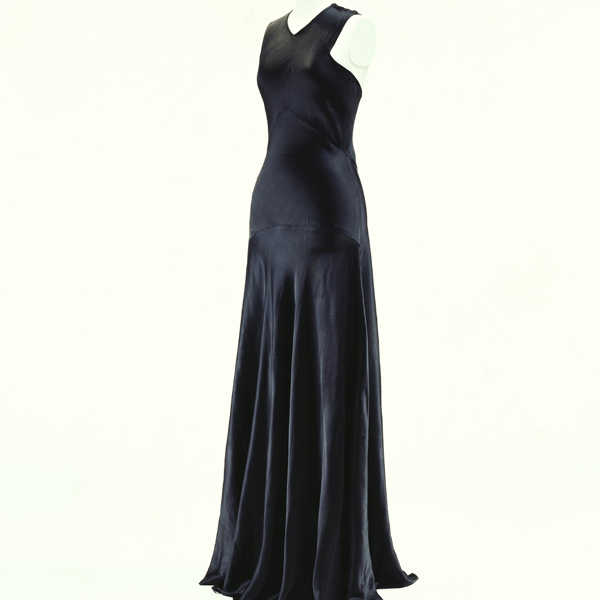 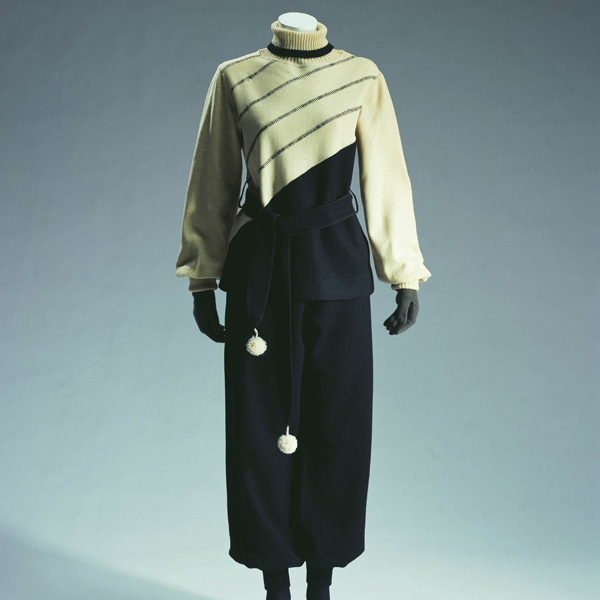 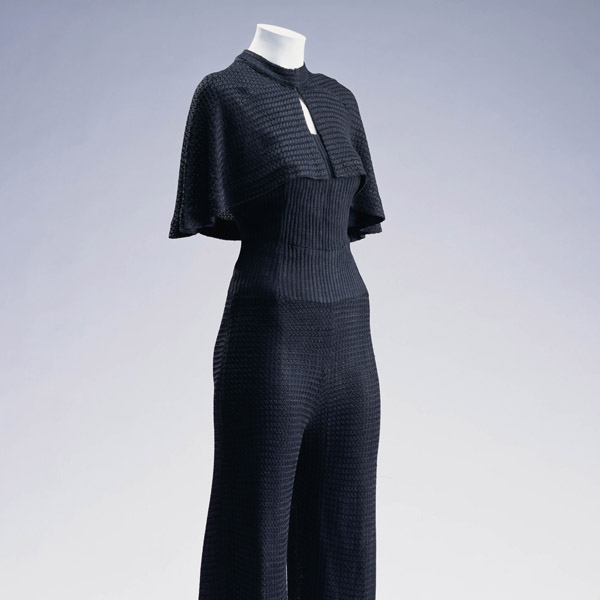