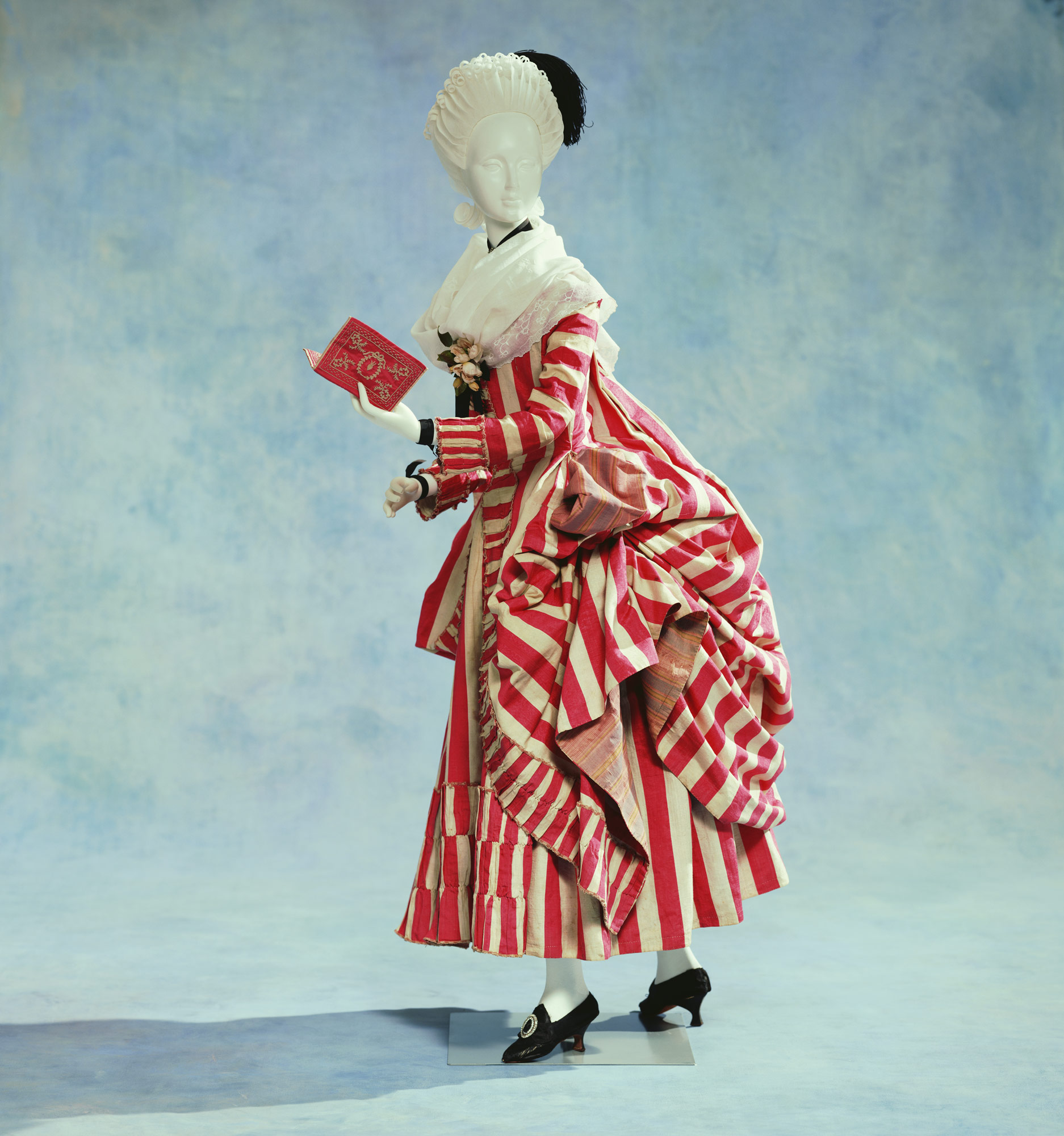 In accordance with the English custom of walks in the countryside and relaxing in the open air, it became popular to dress up in clothes derived from the work clothes and townwear of ordinary people, who, by their nature, put great importance on freedom of movement. One of these so inspired style is the "retroussée dans les poches", as seen here. The gown's hem is pulled out from slits in either side, and draped on the back. The red and white contrasting pekin stripes also heighten the folds' effect.
"Pekin" stripes are textiles originally made in China of equal-width striped patterns of differing colors and weaving methods. Along with the expansion of interest in chinoiserie, around 1760, Peking striped fabric was even produced in France and became popular. As Jean-Baptiste Siméon Chardin(1699–1779) painted ("The Morning Toilette", c.1741, Nationalmuseum, Stockholm) , women of the rich bourgeoisie often wore this kind of striped pattern.