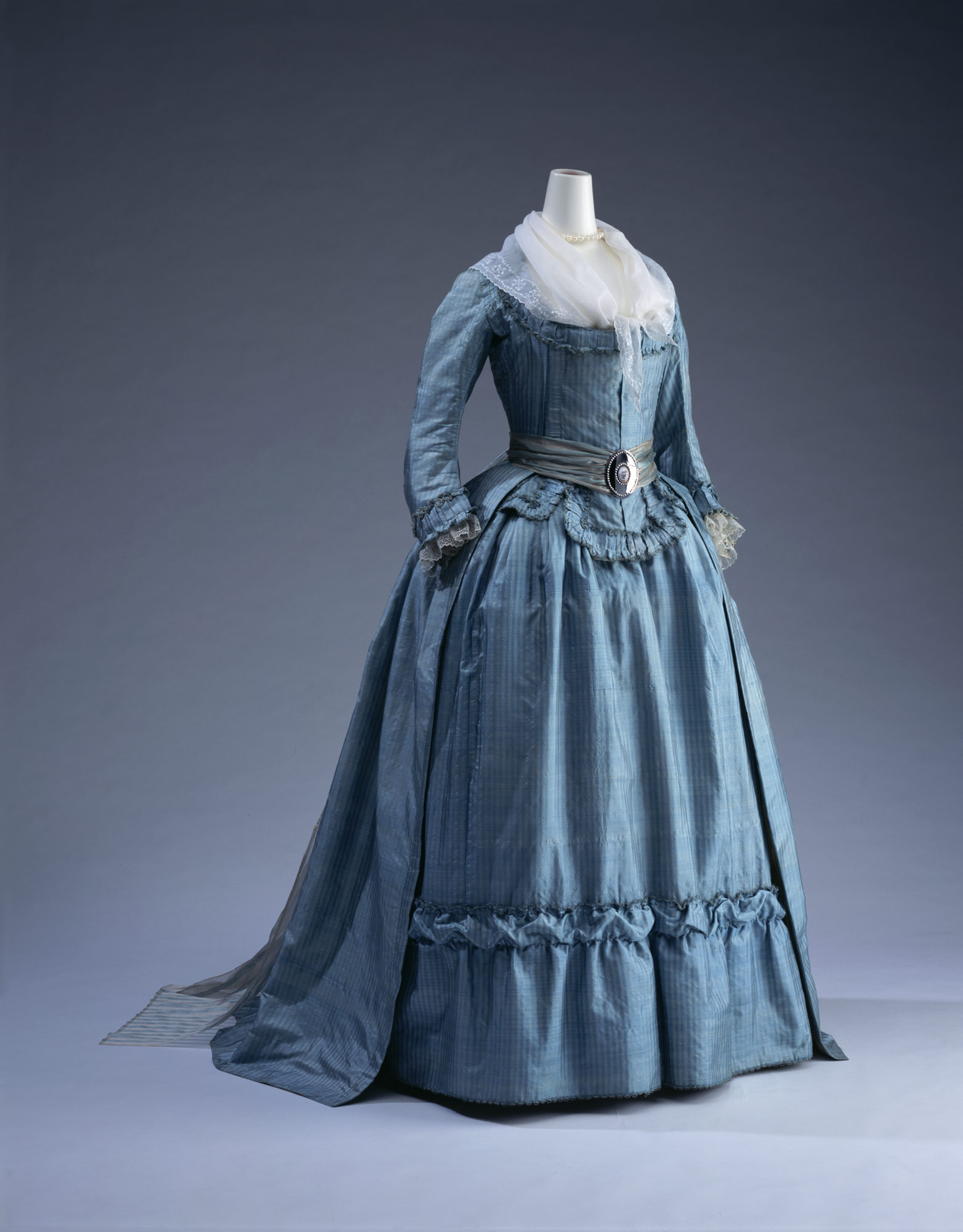 A dress of a blue and pale blue thin-striped pattern, along with a soft luster. In order to pull up the gown's hem, a cord is attached to it, which makes it possible to wear as robe à la Polonaise, as well. In the latter half of the 18th century, clothing went toward simplification in particular women's clothing advanced toward a functional direction without the formality. Even textiles for dress with a light texture entered the mainstream. Moreover, the preference to striped patterns that became the fashions that involve all the classes from this period also shows such a tendency.