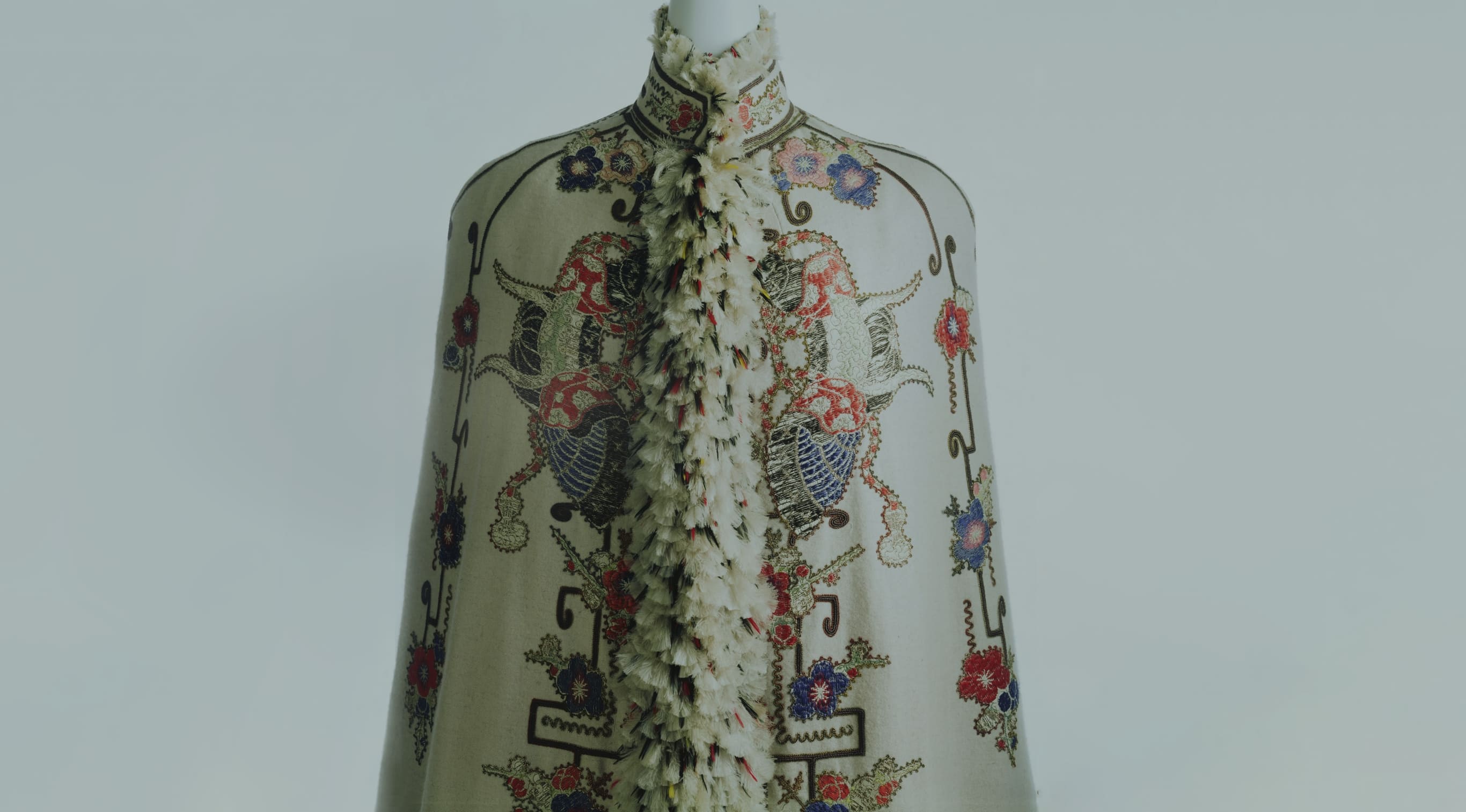 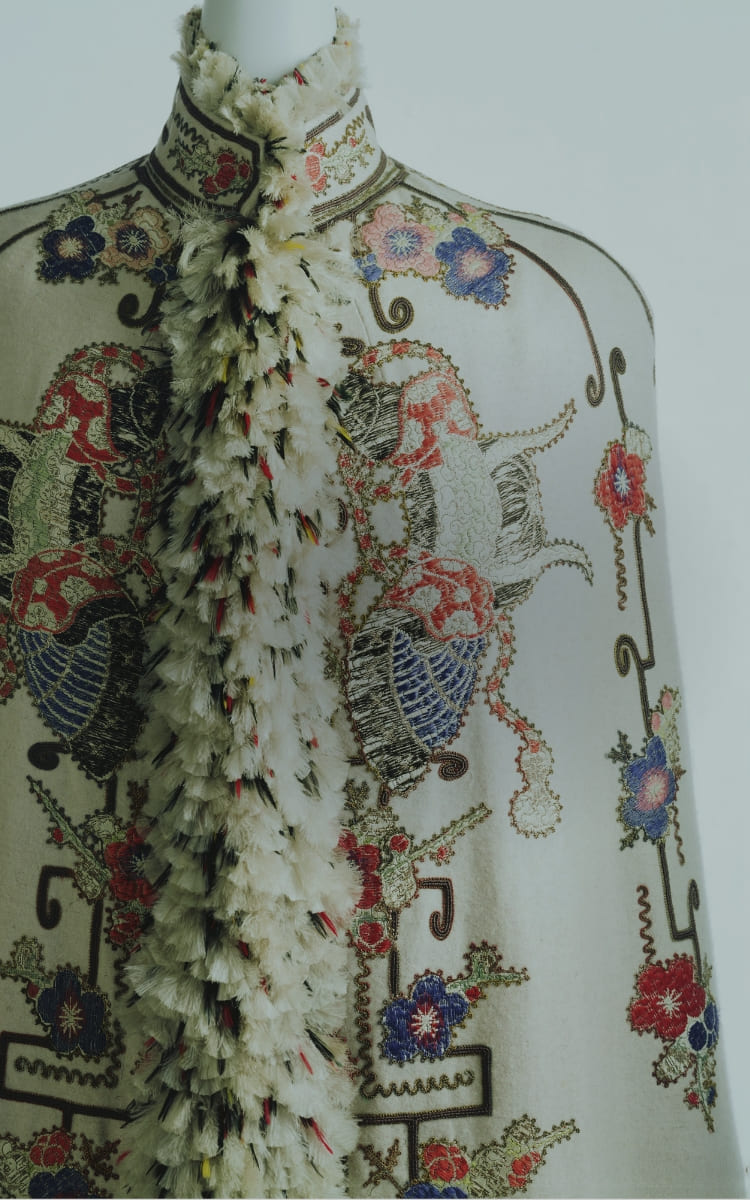 Introduction to the KCI Foundation

The late Koichi Tsukamoto, founder of the Kyoto Costume Institute and the Wacoal Corporation, made the following statement in regard to the establishment of the KCI: “The genre of Western-style women’s clothing underwent developed dramatically in postwar Japan, but most of these stylistic notions were imported. In order for Japanese fashion to truly lead the world, it is critical that we understand the entire history of the garment industry up until the present day, as encapsulated in the maxim, ‘Discover the new in the old.’ This was Wacoal’s mission and also my personal mission as the company’s founder and president.”
The establishment of the KCI was a direct outgrowth of an exhibition called “The 10’s, the 20’s, the 30’s: Inventive Clothes, 1909-1939”, which was held at the Metropolitan Museum of Art in New York in 1973. In 1975, due to the efforts of Tsukamoto, who also served as Vice-Chairman of the Kyoto Chamber of Commerce and Industry, and the late Issey Miyake, a famous Japanese designer, the exhibition traveled to the National Museum of Modern Art, Kyoto. This event, the first full-scale fashion exhibition held at a national art museum, enjoyed great popularity, raising awareness of fashion and providing an international perspective.
In April 1978, the KCI was established under the auspices of the Wacoal Corporation and the authorization of the Agency for Cultural Affairs with the aim of collecting, conserving, researching, and displaying Western-style clothes. Tsukamoto stressed that the word “Kyoto” should be included in the name of the institute, as the city was once the capital of Japan and remains closely associated with kimono and other forms of traditional culture. Rooted in this history, modern Japanese fashion began to receive international acclaim in the 1980s. Today, the KCI, a product of Koichi Tsukamoto's tremendous insight, continues its work as a Kyoto-based, global fashion research institute.

Aug. 1978
The first KCI Museum mannequin is developed in conjunction with the Costume Institute at the Metropolitan Museum of Art in New York.

Apr.-Jun. 1980
"The Evolution of Fashion" exhibition is held at the National Museum of Modern Art, Kyoto.

Apr. 1982
The first issue of "DRESSTUDY", the KCI’s biannual bulletin, is published.

Oct.-Nov. 1982
"The Undercover Story" exhibition is held in Tokyo and Kyoto in conjunction with the Fashion Institute of Technology in New York.

Oct. -Nov. 1982
"The Undercover Story" at Tokyo and Kyoto in conjunction with the Fashion Institute of Technology, New York

Apr. -Jun. 1994
"Japonism in Fashion" at the National Museum of Modern Art, Kyoto

Apr. -Jun. 1998
"Japonism in Fashion" at the Los Angeles County Museum of Art

Apr. -Jun. 1999
"Visions of the Body" at the National Museum of Modern Art, Kyoto

Aug. -Nov. 1999
"Visions of the Body" at the Museum of Contemporary Art, Tokyo

Nov. 2002
The KCI published "Fashion: A History from the 18th Century to the 20th Century, Collection from the Kyoto Costume Institute", Taschen.

Jul. -Oct. 2003
"Japonism in Fashion" at the Museum of New Zealand, Wellington

Apr. -May. 2009
"Luxury in fashion Reconsidered" at the National Museum of Modern Art, Kyoto

Mar. -May 2014
"Future Beauty: The Tradition of Reinvention in Japanese Fashion" at the National Museum of Modern Art, Kyoto

Apr. 2015
"DRESSTUDY" is discontinued, and another biannual bulletin "Fasshion Talks..." is launched.

May. 2015
KCI's public-relations magazine, "Fuku wo Meguru" is launched.

Apr. -Jun. 2017
"The Elegant Other: Cross-cultural Encounters in Fashion and Art", collaborated with the Yokohama Museum of Art

May. - Sep. 2021
"Dress Code: Are You Playing Fashion?", collaborated with the Bundeskunsthalle, Bonn.