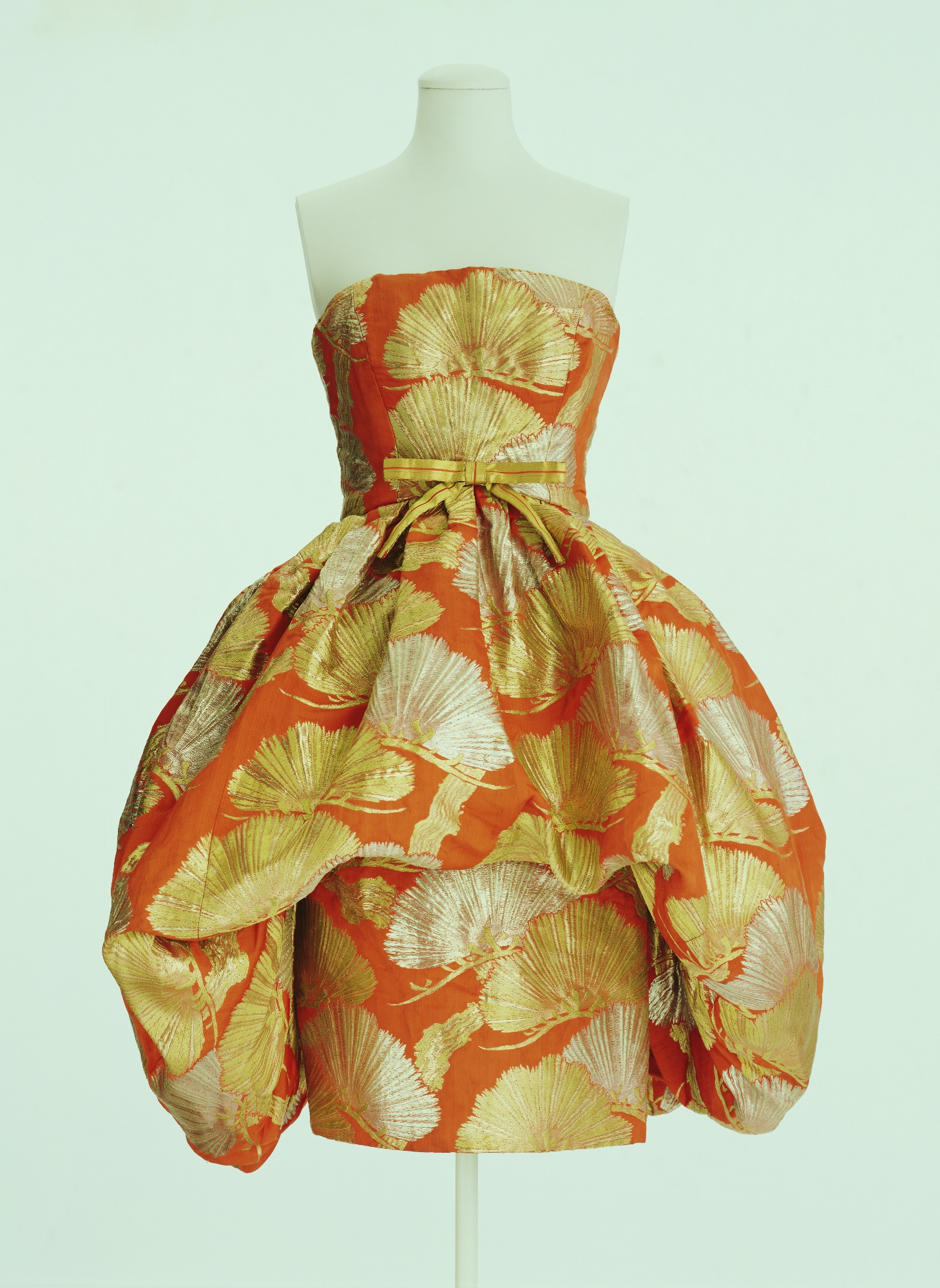 A striking dress with a bulging zouave skirt in a jacquard material with a pine motif woven in gold and silver. The zouave skirt is a characteristic design by Yves Saint Laurent, who took over the fashion house after the sudden death of Christian Dior in 1957.
The dress was manufactured by Salon Daimaru Dior, an order-made salon with exclusive rights to the Japan market via an agreement between the Daimaru department store and Dior in 1954. The textile uses “Tetoron,” a polyester thread launched in 1958 by Toyo Rayon (now Toray) and Teikoku Jinzo Kenshi (now Teijin).
The haute couture house sold patterns worldwide, authorizing legal copies. In the United States, which had high tariffs on imported apparel, ready-to-ware manufacturers acquired many patterns from haute couture housesand used them as the base for luxury ready-to-wear clothing. In 1948, the year after establishing his house, Christian Dior had set up Christian Dior New York Inc. to sell luxury ready-to-wear clothing and accessories. In 1950, he established a Christian Dior diffusion department to license his designs. This cocktail dress is a product of Dior’s global strategy.
Triggered by Daimaru’s deal, the 1950s saw a series of tie-ups between Japanese department stores and haute couture maisons, including Isetan with Pierre Balmain, Takashimaya with Pierre Cardin, and Mitsukoshi with Guy Laroche. This marked the beginnings of a period when Japanese consumers gained access to information on Paris fashions in real time.