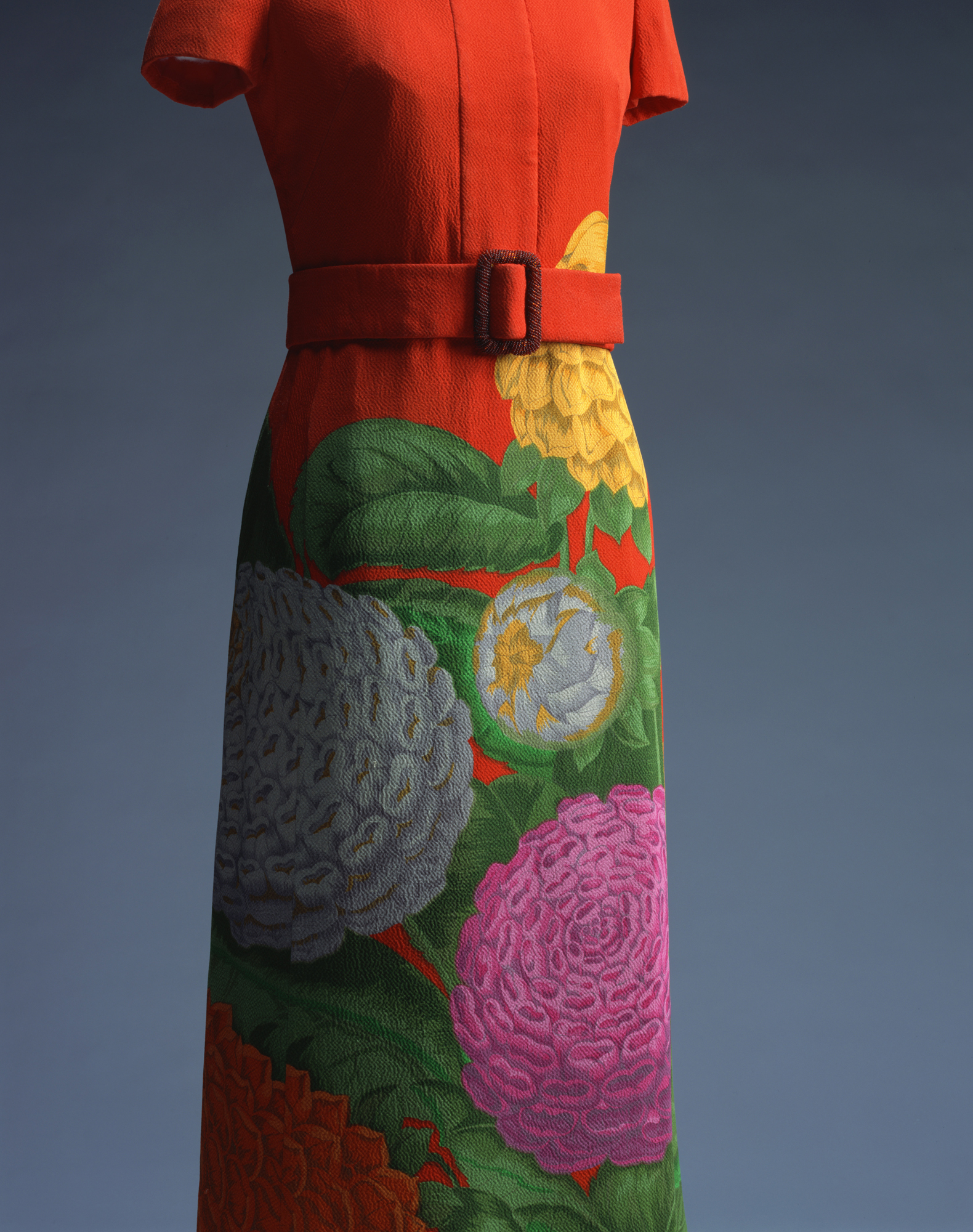 One-piece dress using chirimen, a traditional Japanese silk crêpe, with big (oni-shibo) wrinkles. Hanae Mori was one of the pioneers who first took Japanese fashion to the international market. Preparing for a 1965 show in New York, she asked herself where Japanese tradition lay, and eventually concluded that it lay in the kimono fabric. Traveling around the textile-producing areas of Japan, she discovered onishibo-chirimen from the Nagahama region of Shiga. The fabric was mainly produced for traditional cushion covers, but she used it to create an evening dress. The prints of large dahlias in distinctive pink, yellow, and green coloring on a bright orange background produced a dignified effect much like ceremonial kimono.
Hanae Mori was admitted as a member of Paris Haute Couture in 1977, the only Asian member of La Chambre Syndicale de la Couture Parisienne. She employed a wide range of traditional Japanese elements in her creations, including chirimen, obi fabric, tsumugi, and yukata fabric.