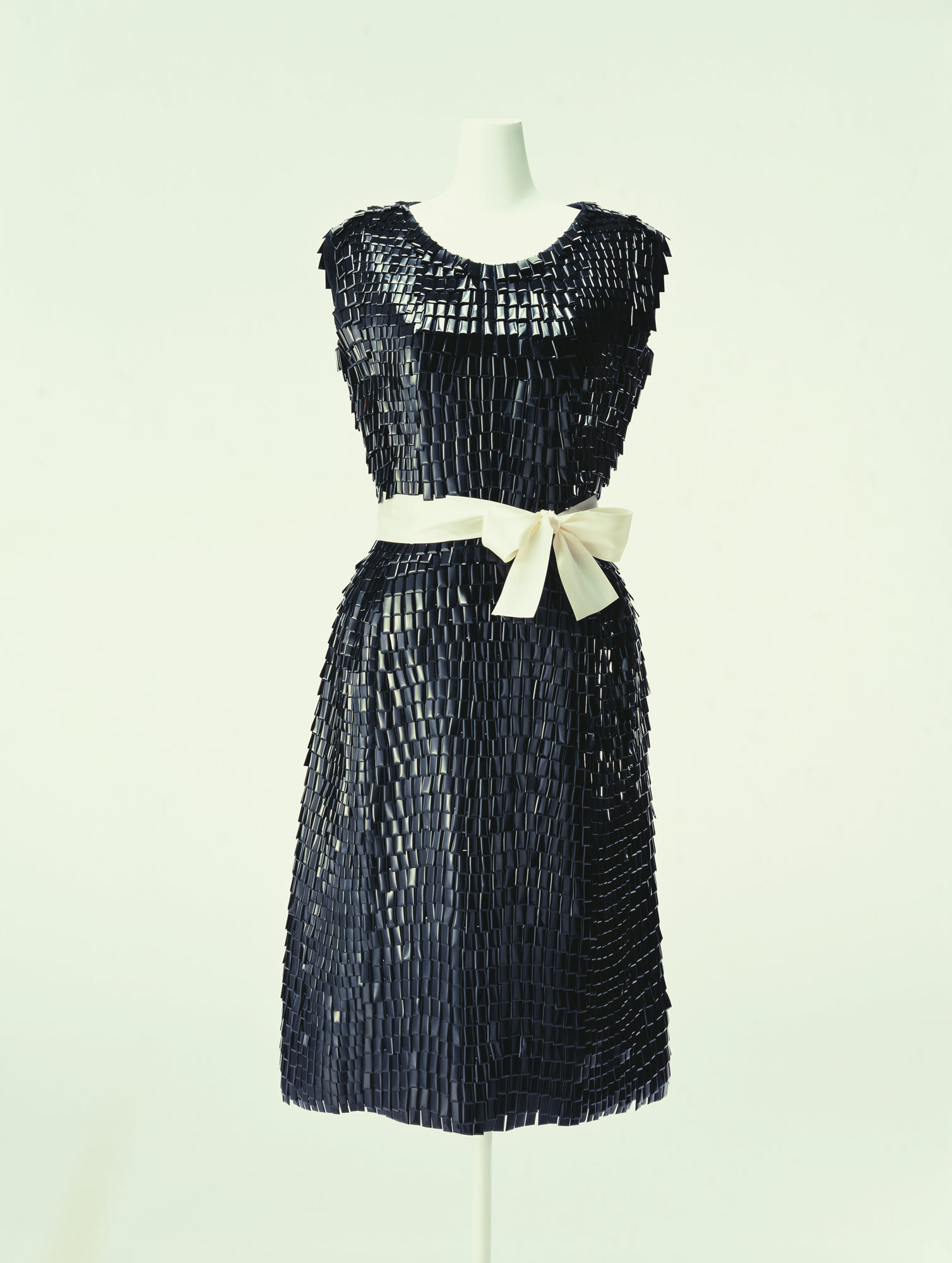 The plastic paillettes (sequins) of this dress have a cold artificial sparkle, and show the new texture of the 1960s, predicting the trend of later years. Cristobal Balenciaga, who had his eyes set on using modern shapes, quickly identified the trend toward simplified forms and the focus on materials, which would become mainstream later on. We can find his character in this piece.
Although the paillettes are sewed on all over the dress, their sizes vary according to the body shape. It is a perfect work only achieved by Haute Couture. Plastic was used occasionally in the 1920s, but was used more often in the fashion from the 1960s.