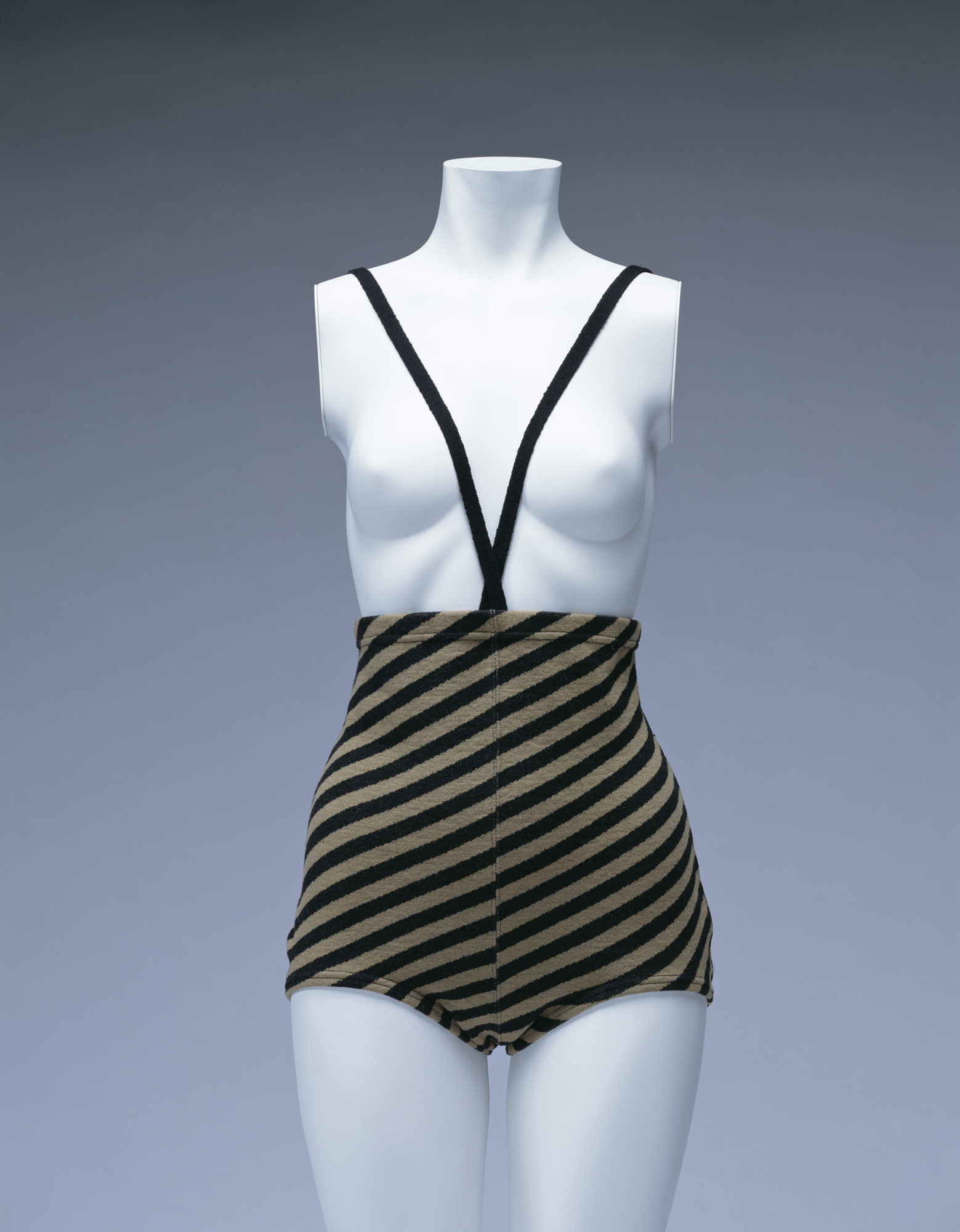 This is the "monokini," a topless bathing suit that shocked the world. This showed the new realization that the skin itself could become a beautiful garment. Rudi Gernreich was a designer strongly conscious of bodies in developing his works since the 1960s. In 1964 he introduced a topless bathing suit, which he named the "monokini," in contrast to the "bikini," the two-piece swimming suit in fashion in those days. He introduced the thin skin-colored nylon brassiere known as the "No-Bra" in 1965. Thus he released many designs involving a new approach to the body in succession. In 1970 Gernreich introduced the unisex fashion, which eliminated gender differences. It was his unique think-outside-the-box approach.