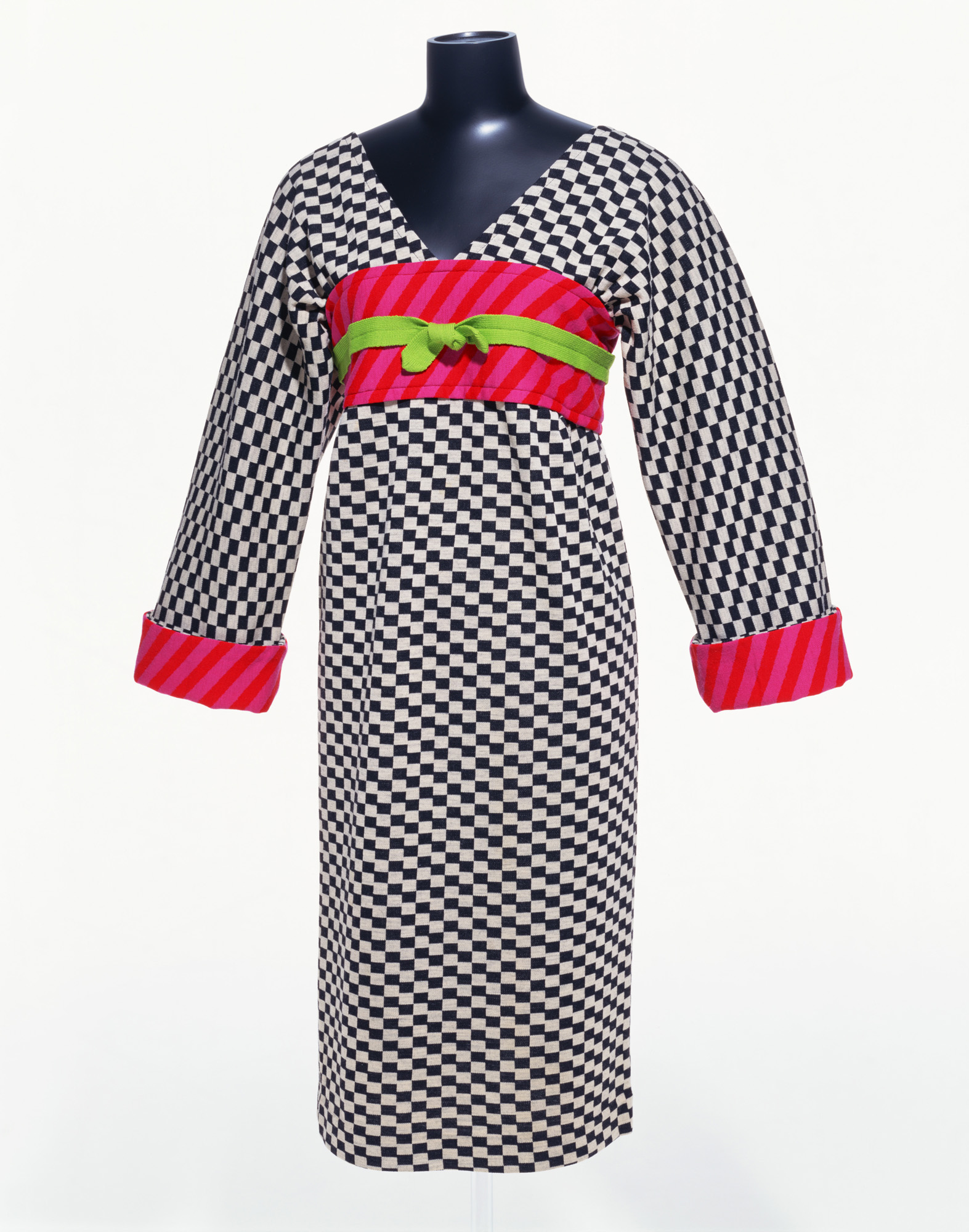 This dress openly declares its inspiration in kimono. The black and white squares, the cylindrical silhouette, the deep-cut V-shaped neckline, the eye-catching pink waistband with its horizontal decoration reminiscent of a decorative cord (obijime)—all are made in the image of a kimono. The dress, however, remains a mere imitation, since it is fashioned from a jacquard knit and not woven fabric, and the waistband is not a belt but simply a decorative element. The kimono-like lines and the Japanesque geometric design resonate with Op art, making full use of illusion and optical theory, and are thus closely tied to elements of 1960s fashion.
Gernreich expanded the range of apparel design in 1960s America, devising, for example, unisex fashions. His focus on body movement led him to eagerly incorporate materials with elasticity like knits and spandex into his work. He had great respect for Japanese popular culture and produced works with such titles as “Sumo,” “Kimono,” “Japanese schoolgirl/schoolboy,” and, here, “Kabuki.”