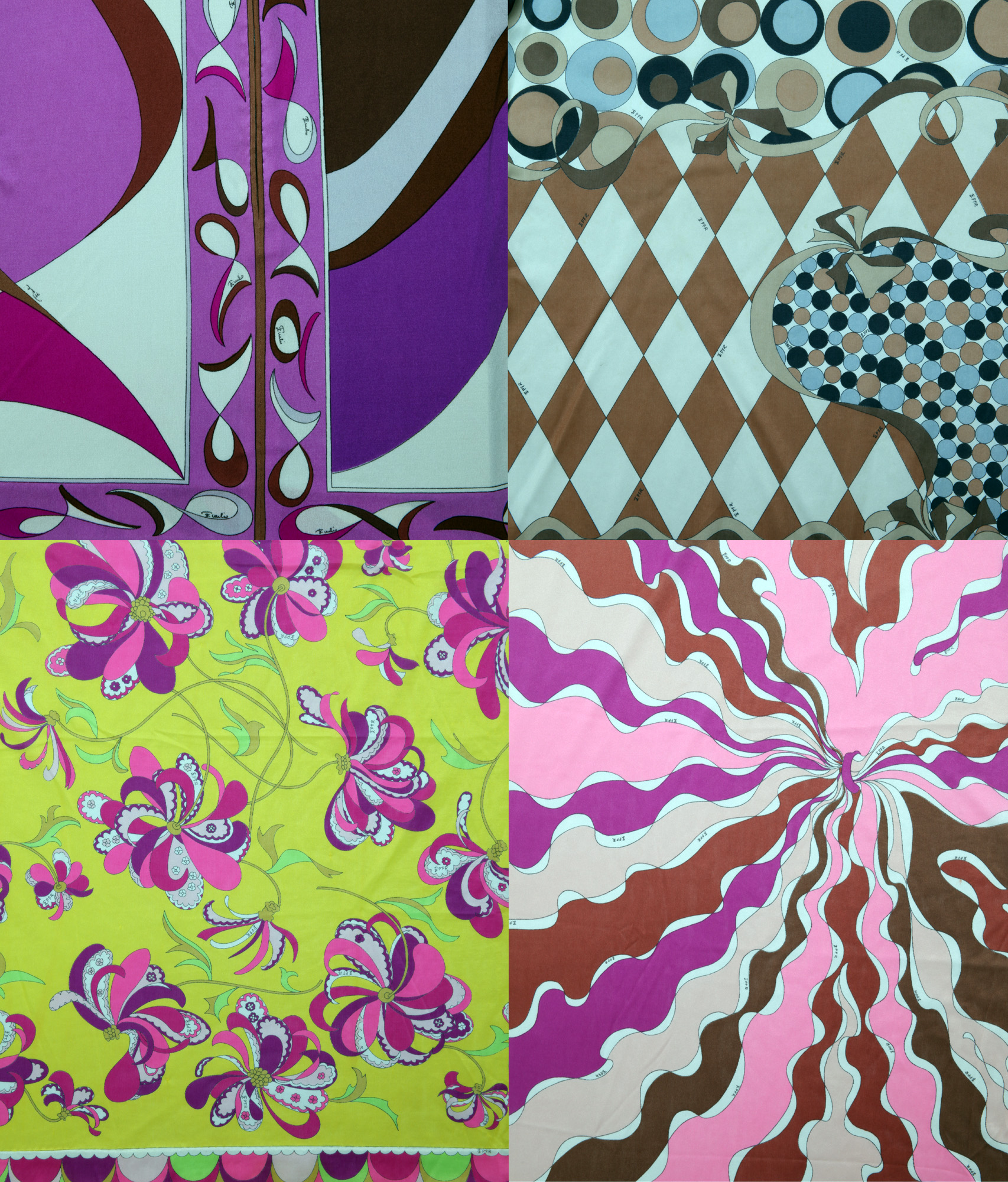 The print of these pieces features rhythmical floral, ribbon and geometric patterns that create a harmonious design despite the combination of a variety of motifs and colors. These garments convey the outstanding sense of design of Emilio Pucci who was known as the prince of prints.
Pucci’s unique prints were at their best when featured in garments with a simple and relaxed silhouette, such as resort wear, loungewear and undergarments. In the collaboration between Pucci and American lingerie manufacturer Formfit-Rogers from the late 1950s, the designer went on to create an extensive array of original designs that resulted in the Pucci print being embraced by the public.
The colorful patterns designed to cover the entire garment also resonates with visual arts movements of the 1960s such as Op Art and Psychedelic Art.