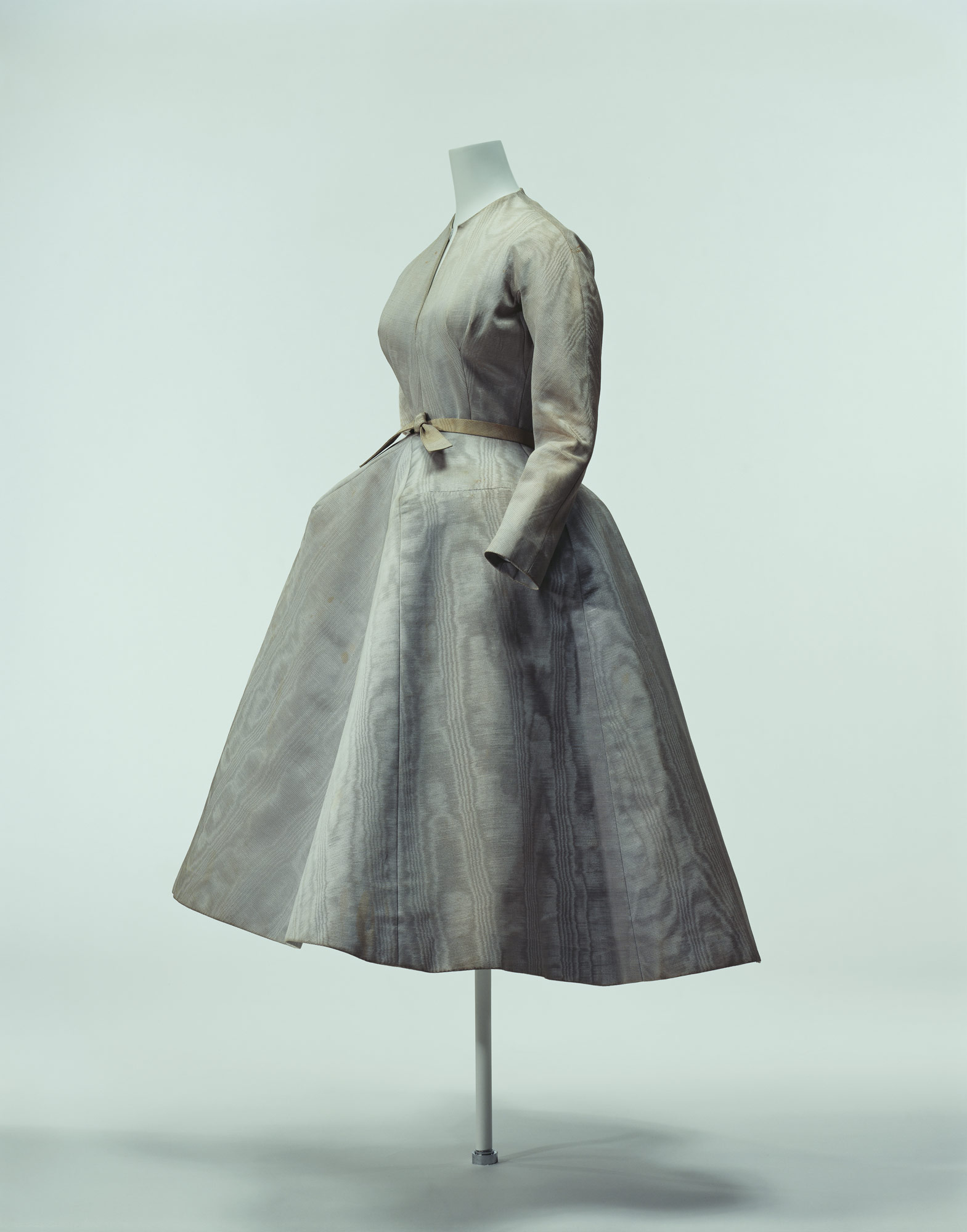 This dress from the collections "Profile Line," which have a distinctive sharp silhouette. In contrast to the slender upper body, the skirt spreads out three-dimensionally. Supported by a stiff petticoat, which has same form of the outer skirt, the skirt maintains a perfect silhouette.
Christian Dior led the golden age of Haute Couture in Paris since introducing the "New Look" in 1947. He created new silhouettes, such as the "Tulip line" and "A-line," one after another for every season. Using a stiff interlining and bones, Dior created three-dimensional silhouettes.