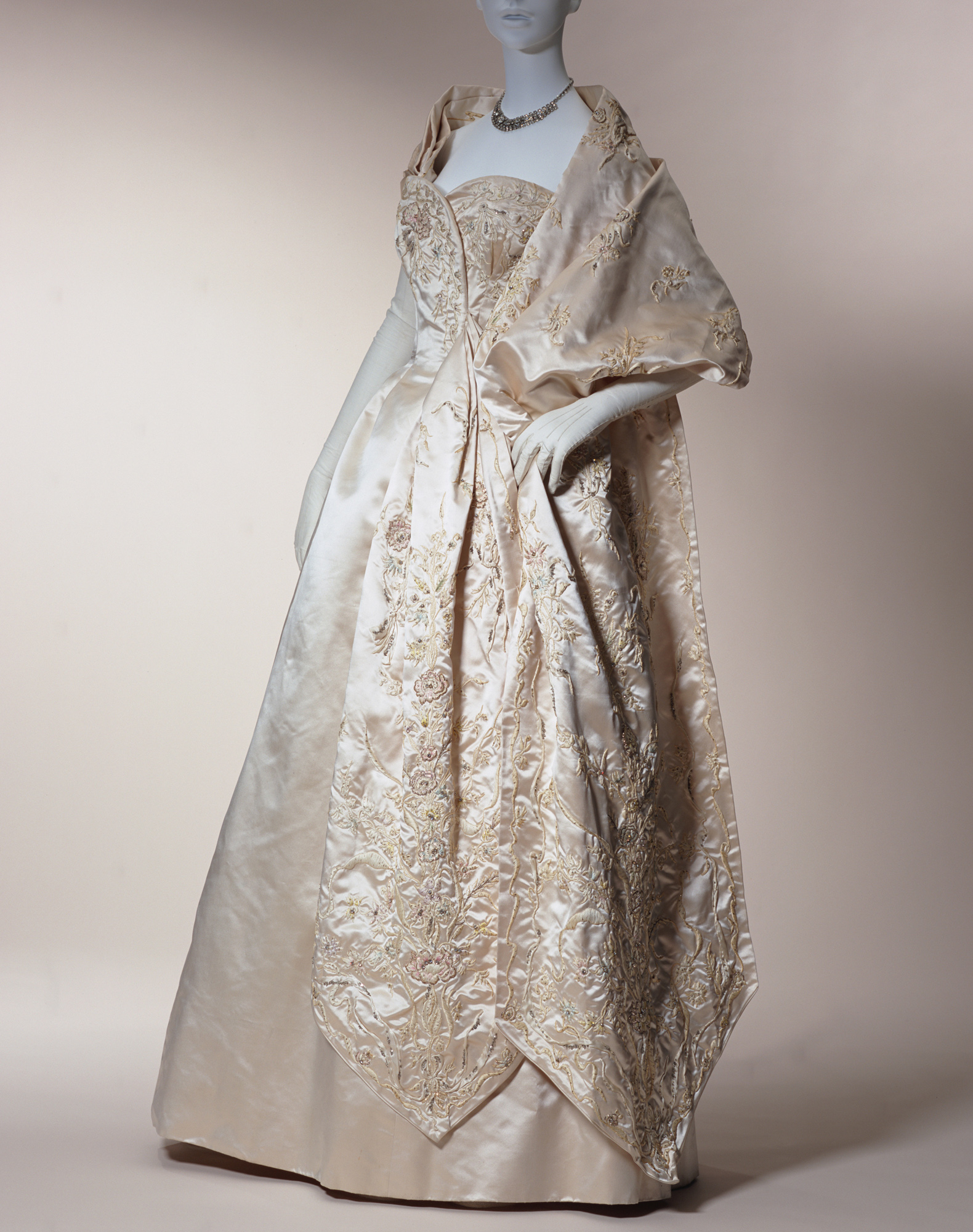 Evening dress of high quality silk satin with a soft glossiness, combined with magnificent embroidery that leaves a deep impression. This dress was worn by the best-known British ballerina of the 20th century, Margot Fonteyn (1919-1991), for her Buckingham Palace investiture as Dame Commander of the British Empire on February 7, 1956. A large stole-like panel with a dynamic design appears to pass behind the front of the dress, elegantly wrapping the dancer’s slender physique and producing a gorgeous image appropriate for the ceremony. Fonteyn was an important client for Dior, who also designed her wedding dress.
Christian Dior opened his maison in Paris in 1946, and gained an unbeatable reputation for the luxurious dresses created with beautiful materials and clever techniques that he designed for members of royal and imperial households around the world, and also for actresses and other top society women.