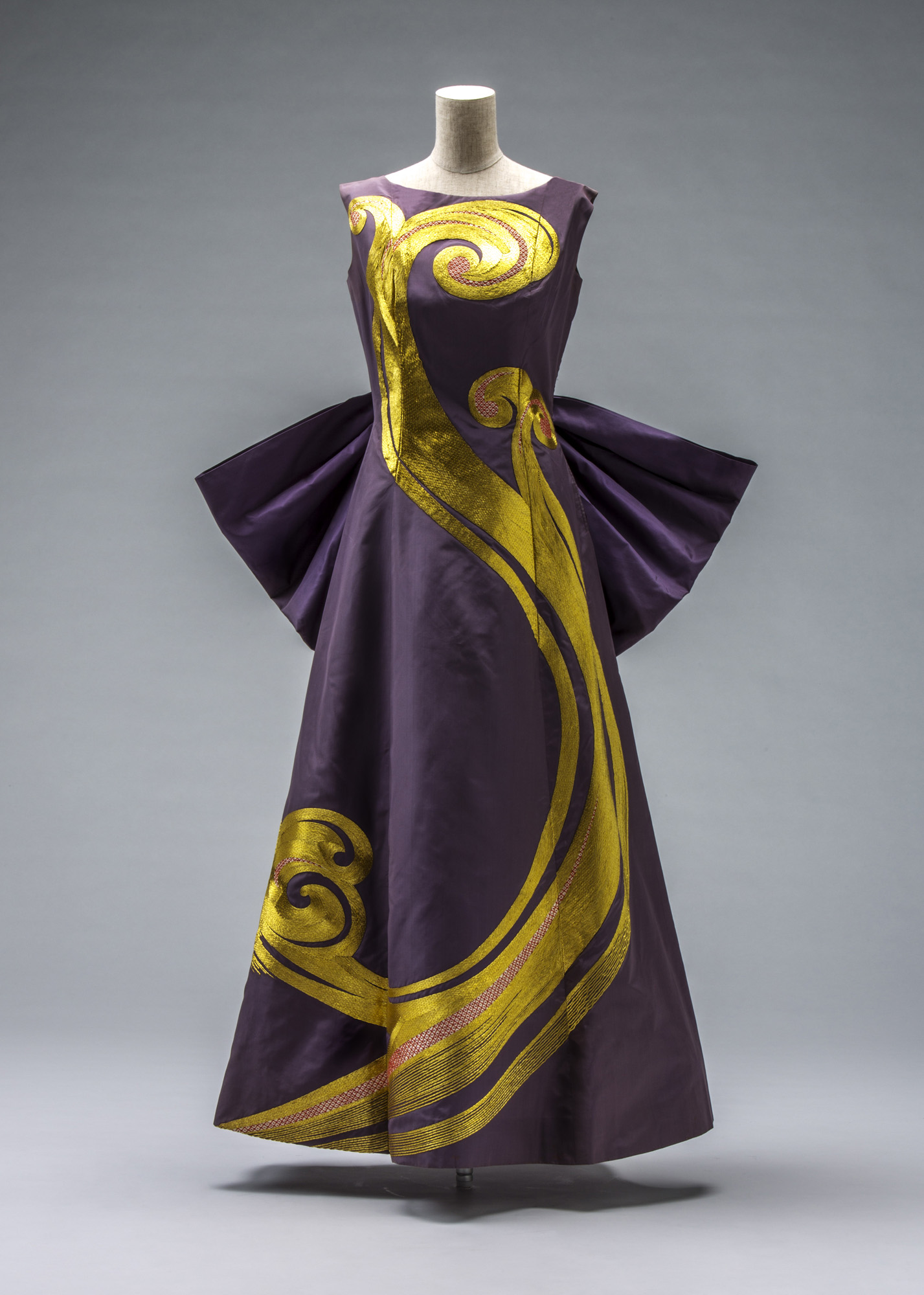 Wild waves break across this dress of embroidered silk taffeta. The wave motif—which perhaps reached its zenith in the famous print The Great Wave by Katsushika Hokusai [1760-1849]—has been favored by the Japanese since ancient times and is used to ornament kimono and other items. The use of gold embroidery here further heightens the graphic impact of the wave.
Yamawaki was active as a designer before and after World War II. She extended the Westernization of clothing in Japanese society by opening a school that taught Western sewing techniques and published a book on the subject. Her own works often blurred the distinction between Western and Japanese clothing, blending the two traditions in innovative ways. This piece was among those displayed in the exhibition “Japanese Costume and Dressed Dolls: Kimonos d’hier et d’aujourd’hui” (Kimono of yesterday and today) at the Musée Cernuschi- Musée des Arts de l’Asie de la Ville de Paris in 1957.
(Translated by the Asian Art Museum, San Francisco for “Kimono Refashioned: Japan's Impact on International Fashion”, 2018.)