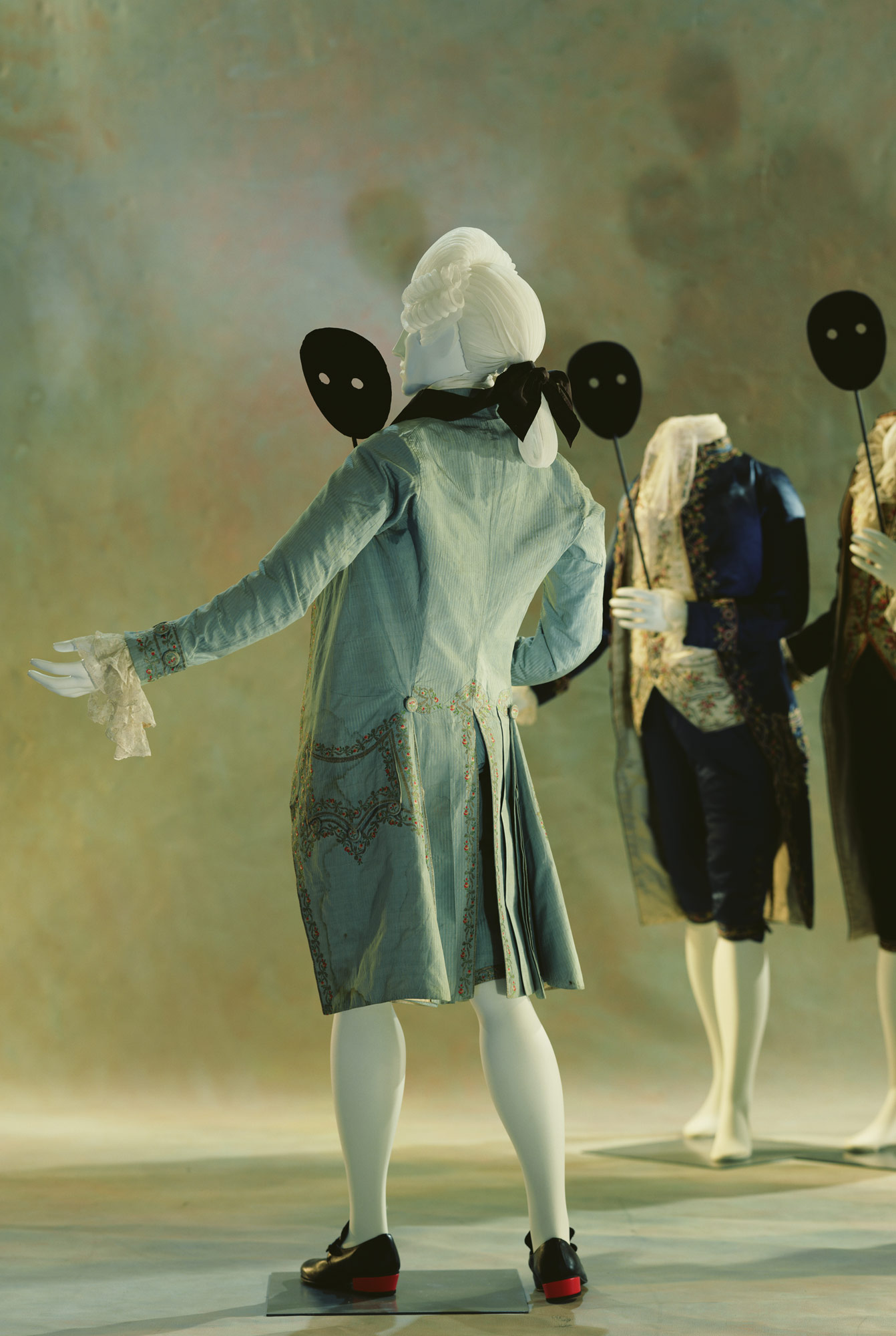 This suit is characterized by elegant embroidery and pale, pastel tones said to be the colors of the Rococo Period.
The luxurious outfit that men from the 18th century nobility would wear, the "habit à la française", is composed of a coat, waistcoat, and breeches. It also included a pair of silk stockings, a jabot, a linen or cotton shirt with decorative cuffs, and a cravat (a neckcloth). Men's suits transformed to a more functional style in the last half of the eighteenth century. Overall the coat became tight-fitting, the length of the waistcoat became short, the waistcoat's sleeves were removed, and the hem was cut horizontally. 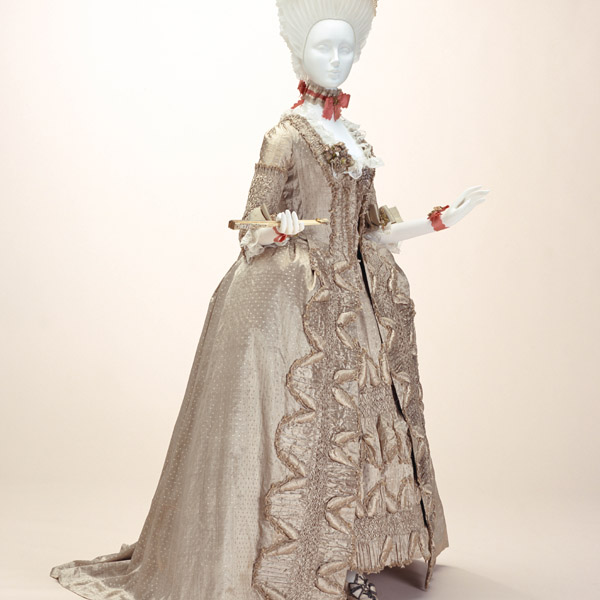 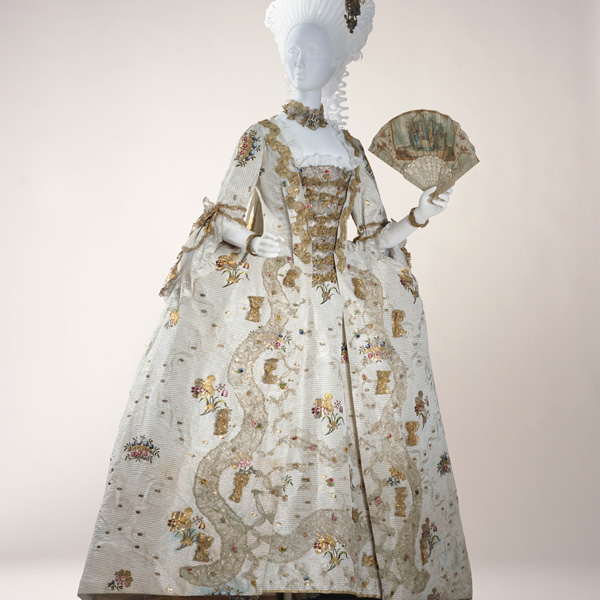 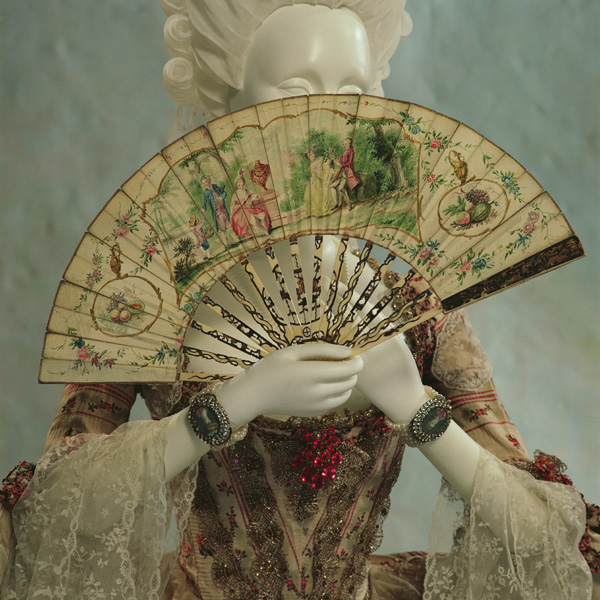 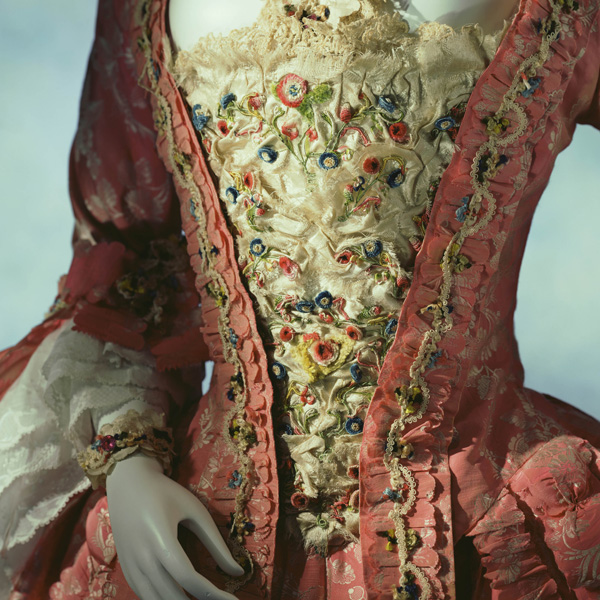