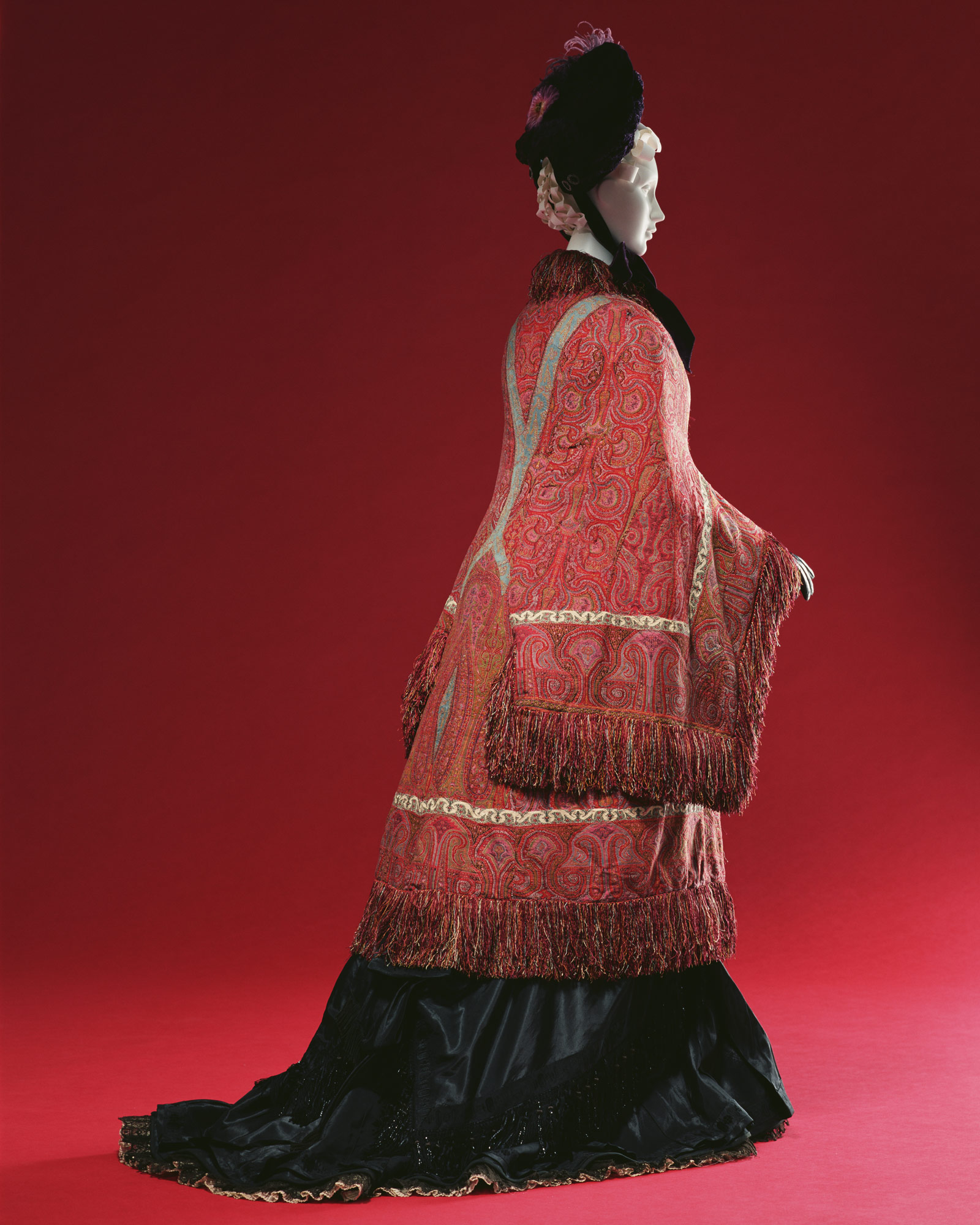 This "visite," made from a cashmere shawl, was a popular item at the time. A visite is just one type of coats from the latter part of the 19th century. The shawl shown here is woven with a characteristic pattern in twill that utilizes red in the warp and roughly ten colors of wefts, such as red, purple, blue, black, green, and white. The white border and fringes act as an effective accent for this visite made in the bustle style.
The Indian-made cashmere shawl became extremely popular in Europe during the first half of the 19th century, causing the production of elaborate cashmere shawls in Lyon, France. In the second half of the century, they were not used solely as shawls, but were also made into coats and other clothing items made for indoor use. However, with the decline of fashion crazes at the end of the century came the death of the cashmere shawl industry.