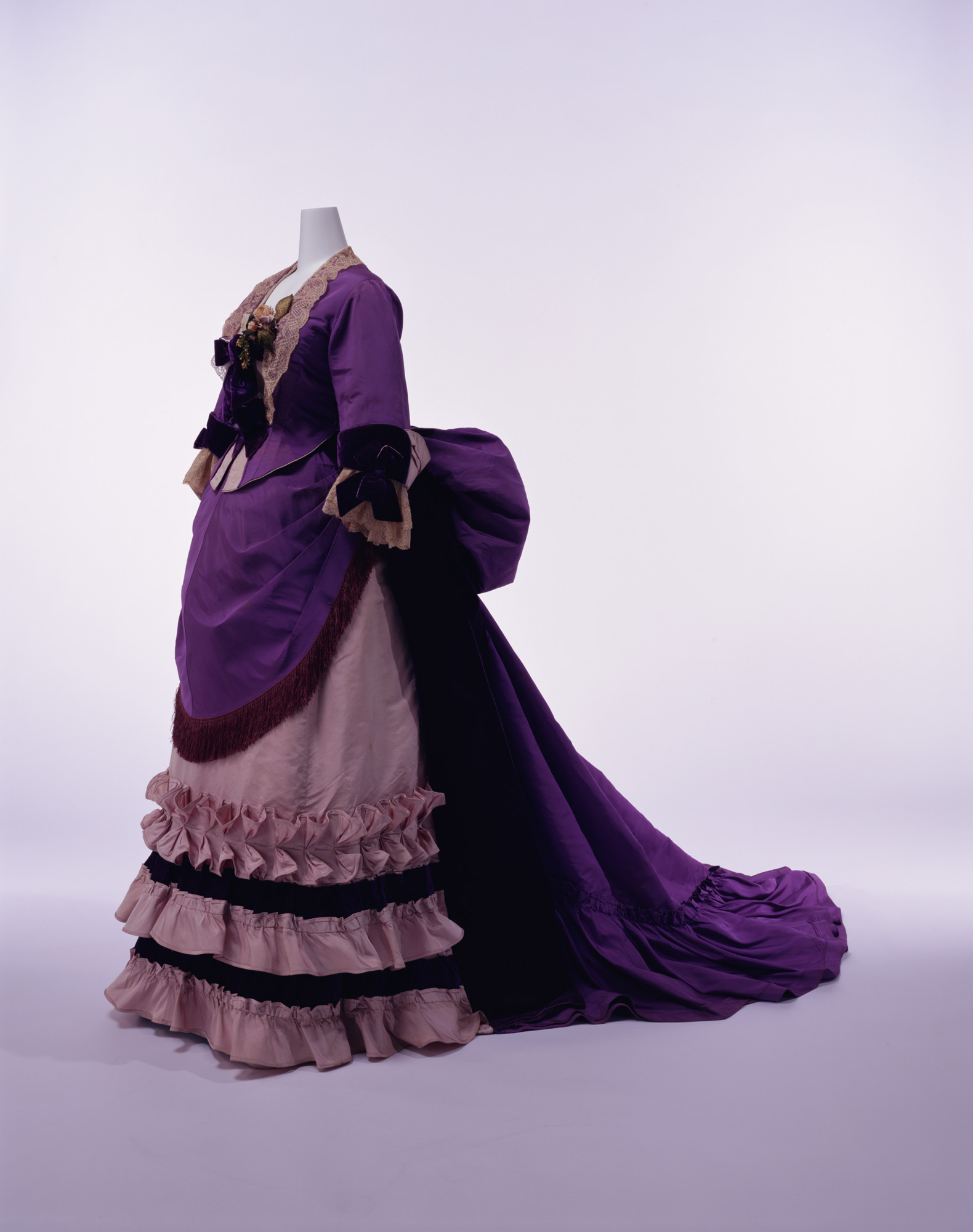 A bustle style is a look that emerged immediately after the crinoline. Bright purple became fashionable with the invention of the chemical dye aniline in 1856. The usage of fashionable color and the generous drapery used in this dress are characterized of Maison Worth.
Charles Frederick Worth (1825-1895), an Englishman by origins, went on to establish his own maison in Paris in 1858. He set up the basis of the fashion system that would later be known as "Haute Couture" through initiatives such as showing his new designs on living women, developing clients who were fashion leaders in society, and implementing skillful advertising strategies. All of these ideas contributed to establishing Paris as the fashion capital of the late 19th Century.