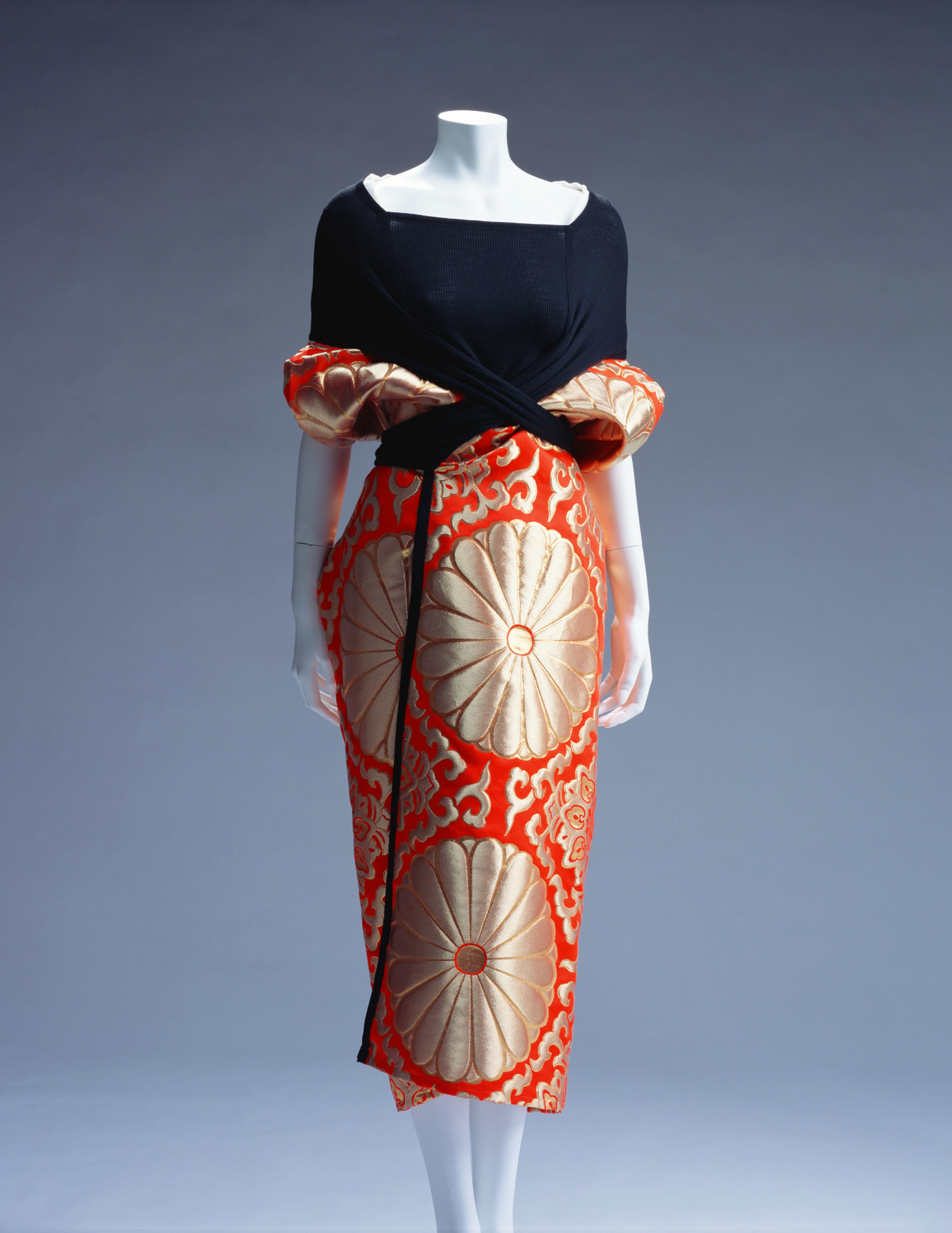 The dress is made from a showy red and gold brocaded fabric such as would be used for a luxurious obi waist sash. This garment has a unique construction: composed of a single rectangular piece of brocade and three pieces of jersey, it is essentially flat when placed on a flat surface, but when worn the jersey bow—crossed around the body and tied at the back—causes the brocade to stick out at the sides. The combination of gorgeous brocade and homely jersey gives this garment a modern nuance, and it stands as a fine example of the neo-Japonism of the mid-1990s.
Active since 1971, Yamamoto presented his first collection in Paris in 1981. With Rei Kawakubo, he sparked the so-called Japan Shock trend in Europe and the United States. While Japanese designers specializing in flat garments were sometimes criticized for producing formless clothing, Yamamoto, who is well versed in orthodox Western tailoring, is recognized as the Japanese designer closest to the West. At the start of his career Yamamoto did not directly incorporate any traditional Japanese aesthetic into his clothing, but he has since begun to introduce reconstructed elements of traditional kimono and obi into modern fashion.
(Translated by the Asian Art Museum, San Francisco for “Kimono Refashioned: Japan's Impact on International Fashion”, 2018.)