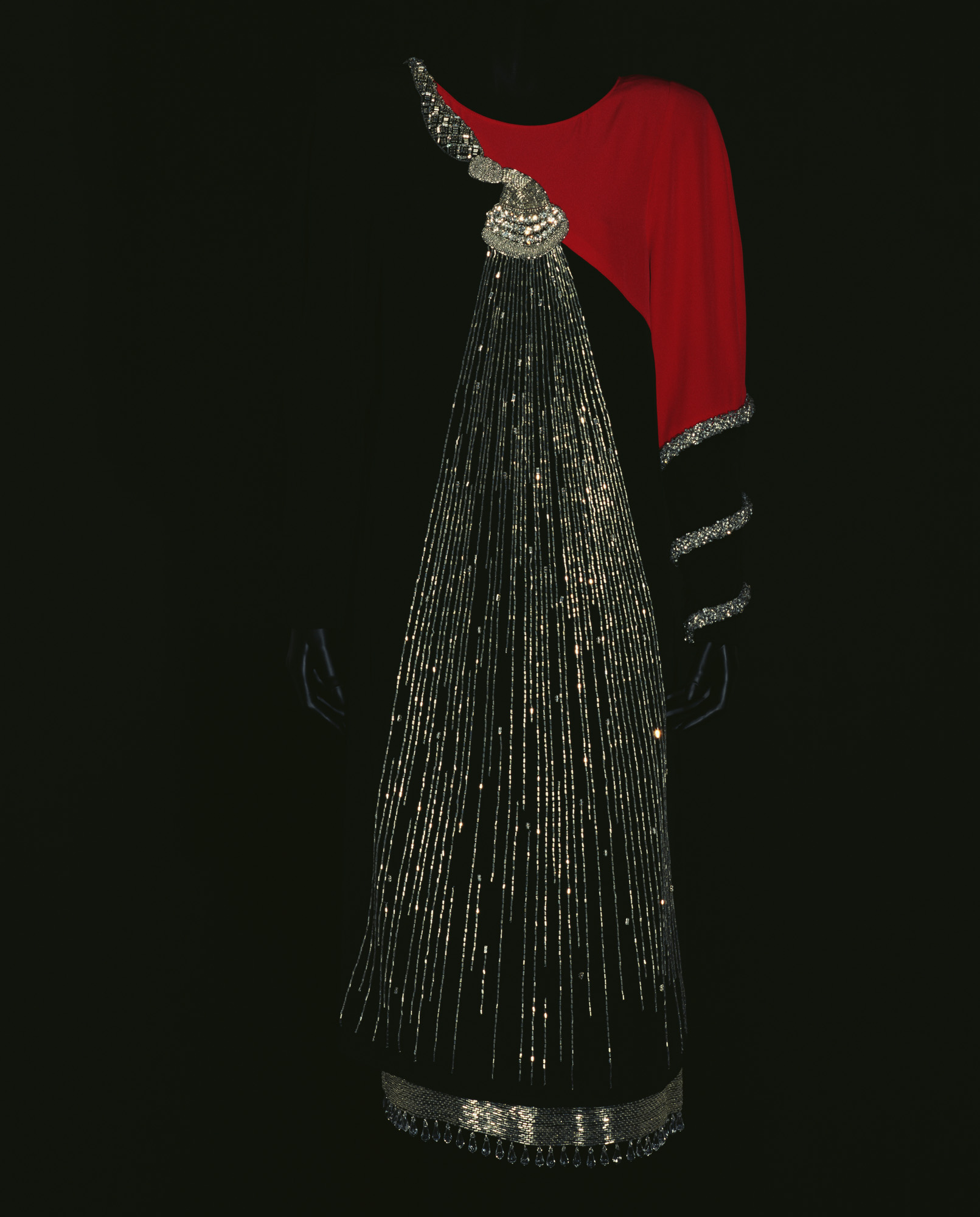 A showerhead and spurting water are depicted with rhinestone embroidery on the front of the dress. The shower hose continues to the back of the dress and then entwines the left sleeve. This garment conveys the sense of humor and play typical of Karl Lagerfeld, designed for Chloé from 1963 to 1984.
The method adopted by Lagerfeld, in which the design is conceived not so much as a decoration for the garment, but the garment itself becomes a canvas onto which the image is depicted, reminds us of the influence of Elsa Schiaparelli, a proponent of surrealism in fashion. Since the 1980s, there has been an increase in garments that transcend the boundaries of fashion and art, and this example arguably represents such trend.