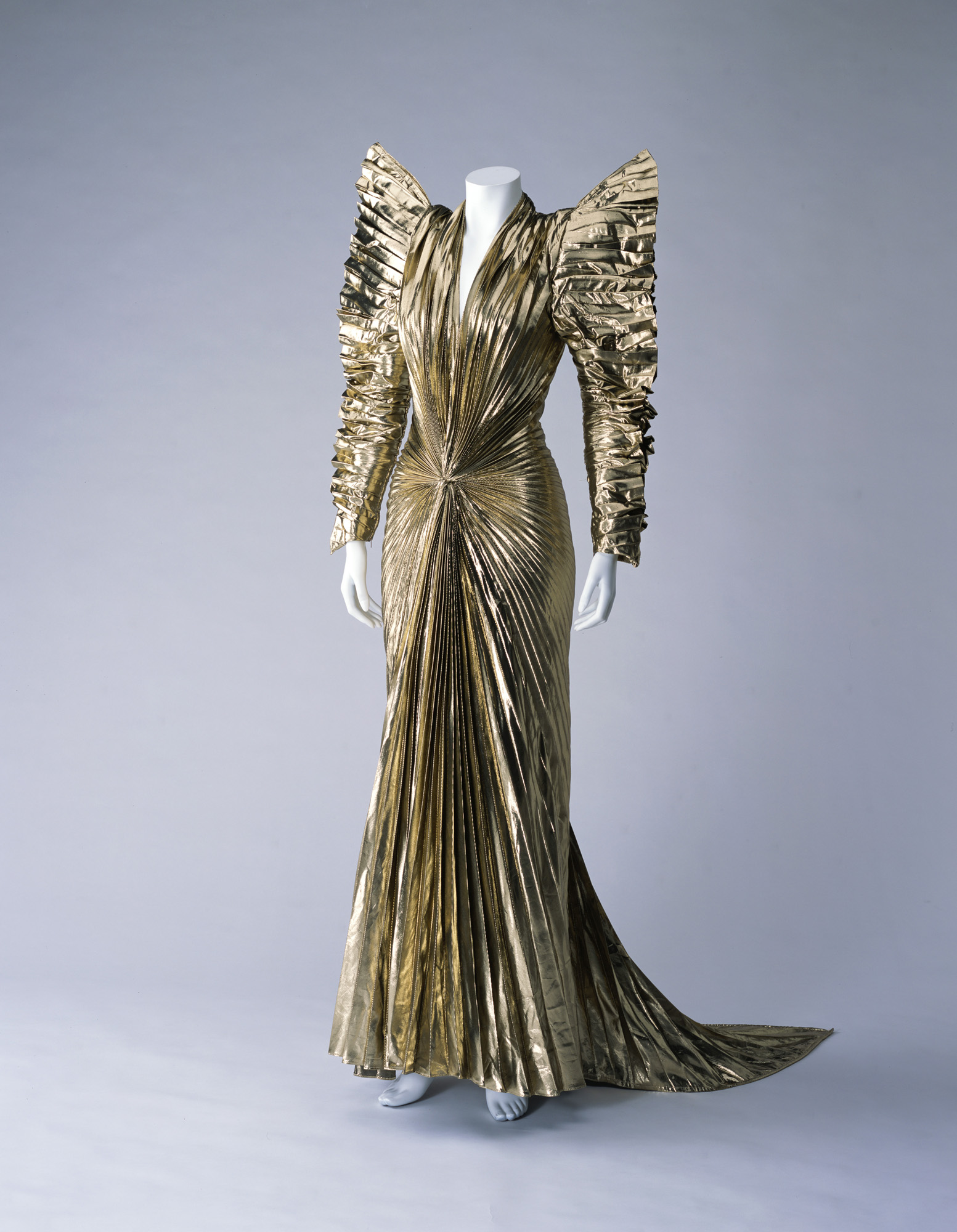 Narrow, regular pleating of this dress brings out the wearer’s silhouette, while ensuring that her body is not constrained by the fabric. The ideal body is seen as the lithe physique honed by exercise and diet that we know today. The glossiness of the golden lamé combined with the three-dimensionality of the pleats produce a complex, gleaming texture that lead both the wearer and those who see her into a different world.
Thierry Mugler introduced spectacle into his fashion shows at an early stage. For the autumn/winter 1984-85 collection that included this dress, he combined the show with an event marking the brand’s 10th anniversary at the Zénith concert hall in Paris. Before a massive crowd for a fashion show, 2,000 invited guests and 4,000 ticket-buyers, he presented a massive performance. For Mugler, who had spent his youth as a ballet dancer, such a gorgeous festival-like atmosphere was surely the ideal space for the magnificent encounter between physique and fashion that he engineered.