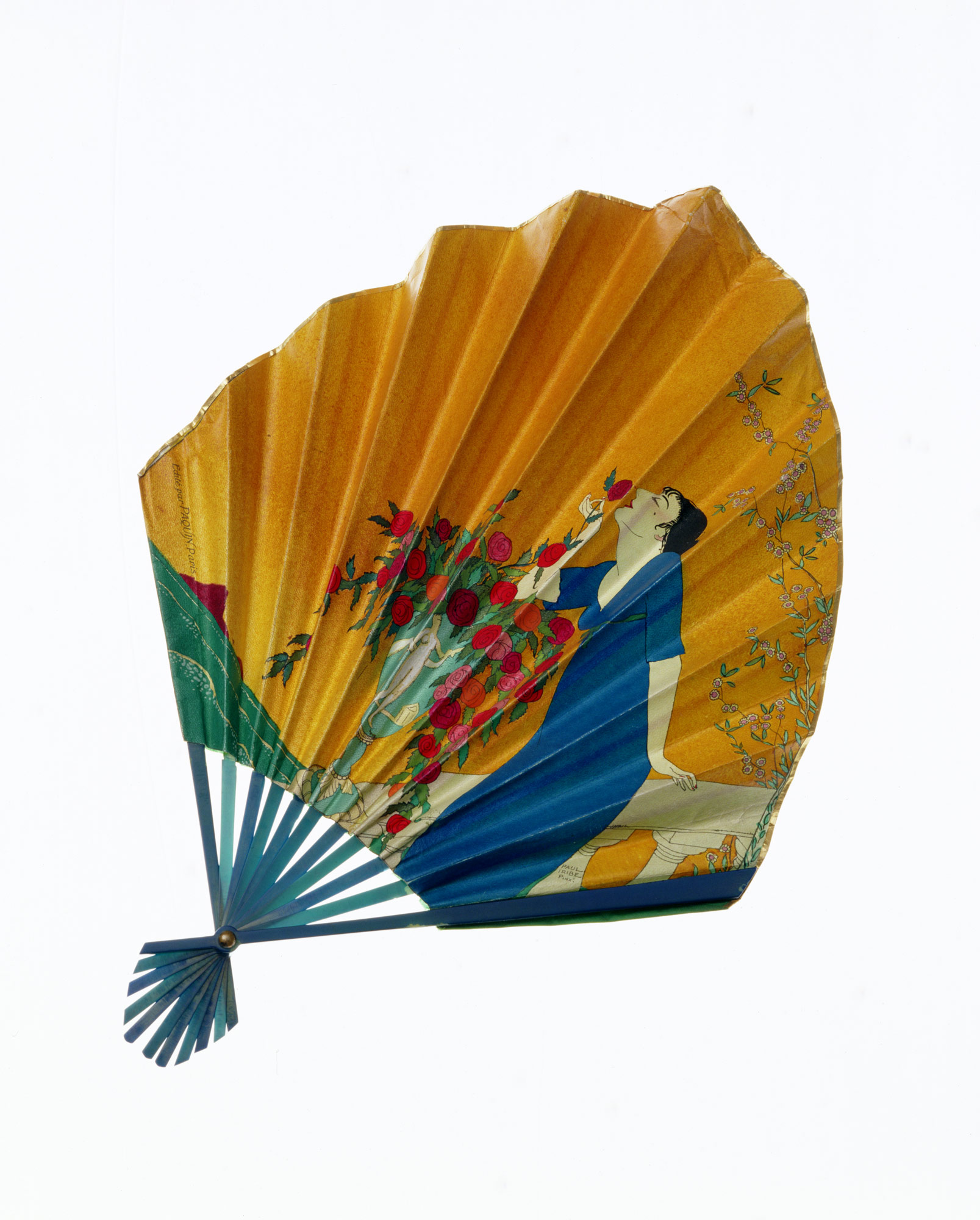 Jeanne Paquin, endowed with a good business sense, produced artistic fans to advertise her fashion house, and to draw people's attention. The illustration on the fan was by Paul Iribe, an artist who was popular for his fashion illustrations. Paquin also commissioned other up-and-coming artists such as George Barbier (1882–1932) and George Lepape (1887–1971). Their designs can be found in "L'Eventail et la Fourrure chez Paquin" (1911).