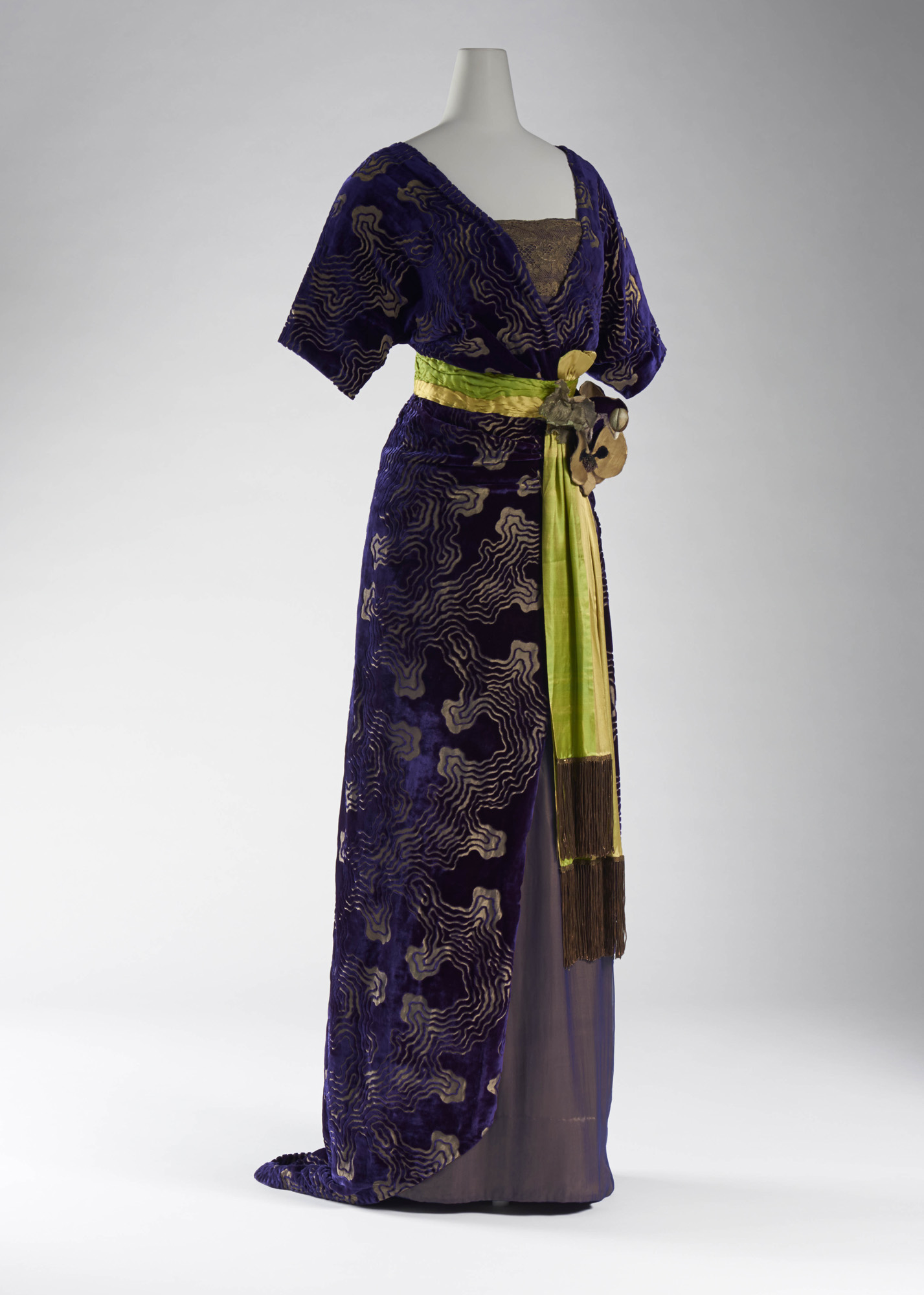 This evening dress from the Lucile Ltd. was inspired by kimono, having a kimono-style sleeve without a shaped armhole and an obi-like sash. This dress is a typical example of what French fashion magazines of the day called “Forme Japonaise” in reference to the shapes of kimono worn by beauties depicted in ukiyo-e prints.
Margaret Augusta Daly Brown [1873–1911]—the daughter of the American millionaire Marcus Daly, known as one of the “Copper Mine Kings”—wore this dress. She married the Baltimore banker Henry Caroll Brown and commuted back and forth between the society scenes in that city and New York. This dress is said to be part of the collection that marked the 1910 opening of the New York branch of the Lucile Ltd. couture house. The original atelier, Maison Lucile, was opened in London in 1893 by the British designer Lady Duff-Gordon, born Lucy Christiana Sutherland. In the 1910s, with an eye on the giant American market, Lucile Ltd. branches opened in New York and Chicago and were highly popular among wealthy women.
(Translated by the Asian Art Museum, San Francisco for “Kimono Refashioned: Japan's Impact on International Fashion”, 2018.)