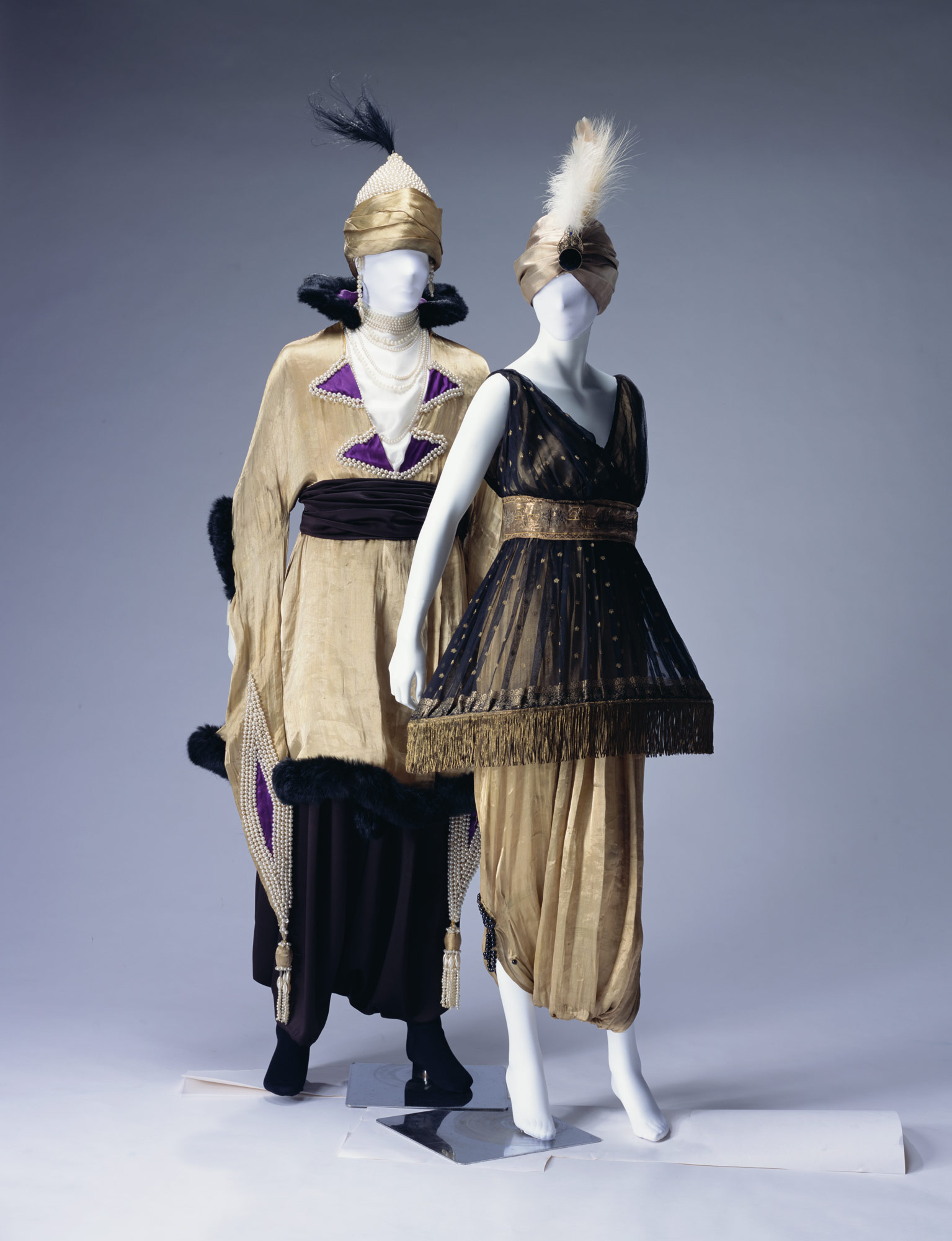 These are precious exampled dressed for "La mille et deux nuits," a masquerade party held by Paul Poiret. Although they were made for one night's use only, they are gorgeous. The men's costume was worn by Arthur Acton(1873–1953), an art collector and the father of the English writer Sir Harold Acton.
Poiret was a designer who gave direction to 20th century fashion, and was nicknamed the "Sultan of Mode." The luxurious party "La 1002e nuit" was held in 1911, when Orientalism was popular as a result of the Ballets Russes and other influences. Poiret got the idea for the party from a collection of Arabian folktales, "The Book of One Thousand and One Nights." Poiret disguised himself as a sultan, and all three hundred guests wore ancient Persian style dress to set the mood for the party. The combination of a hoop skirt and a turban worn by Poiret's wife Denise attracted tremendous interest. After this party, Poiret often held Oriental parties and produced Arabian-style fancy dress designs.