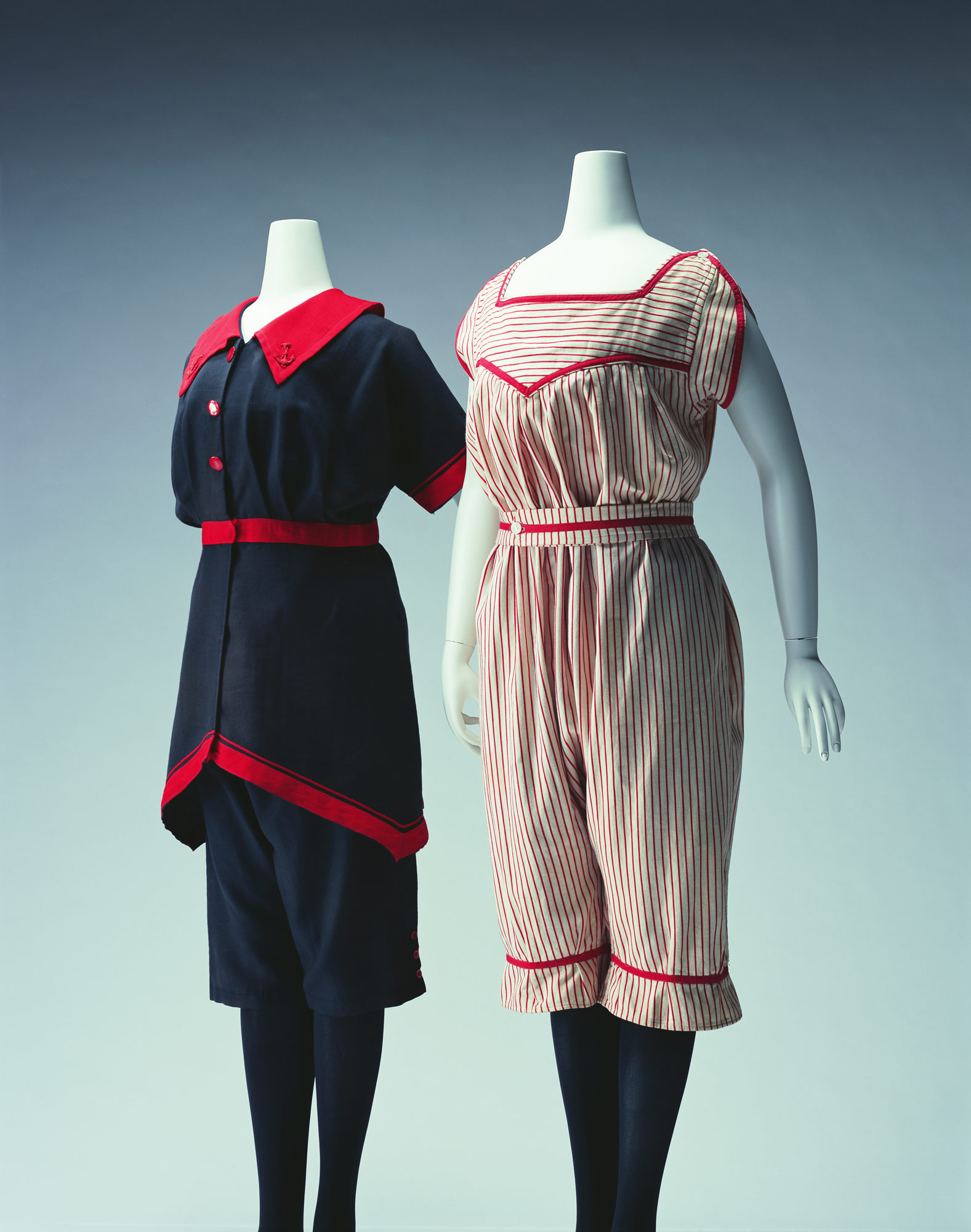 This swimsuit is from the beginning of the 20th century, which covered almost the skin. Halfway through the 19th century, bathing wear introduced to women, as long as it was done in name of health. However, the bathing only extended to a quite minimal dip in the water, and the functionality demanded in swimsuits today for swimming purposes was not present. Only the leisure classes with wealth and time were able to enjoy such lifestyle. However, with the development of the railways during the mid-century, bathing in the sea also became popular among the public. From the end of the 19th century onward, women gradually began participating in sports, and demand regarding functionality in swimsuits grew largely.