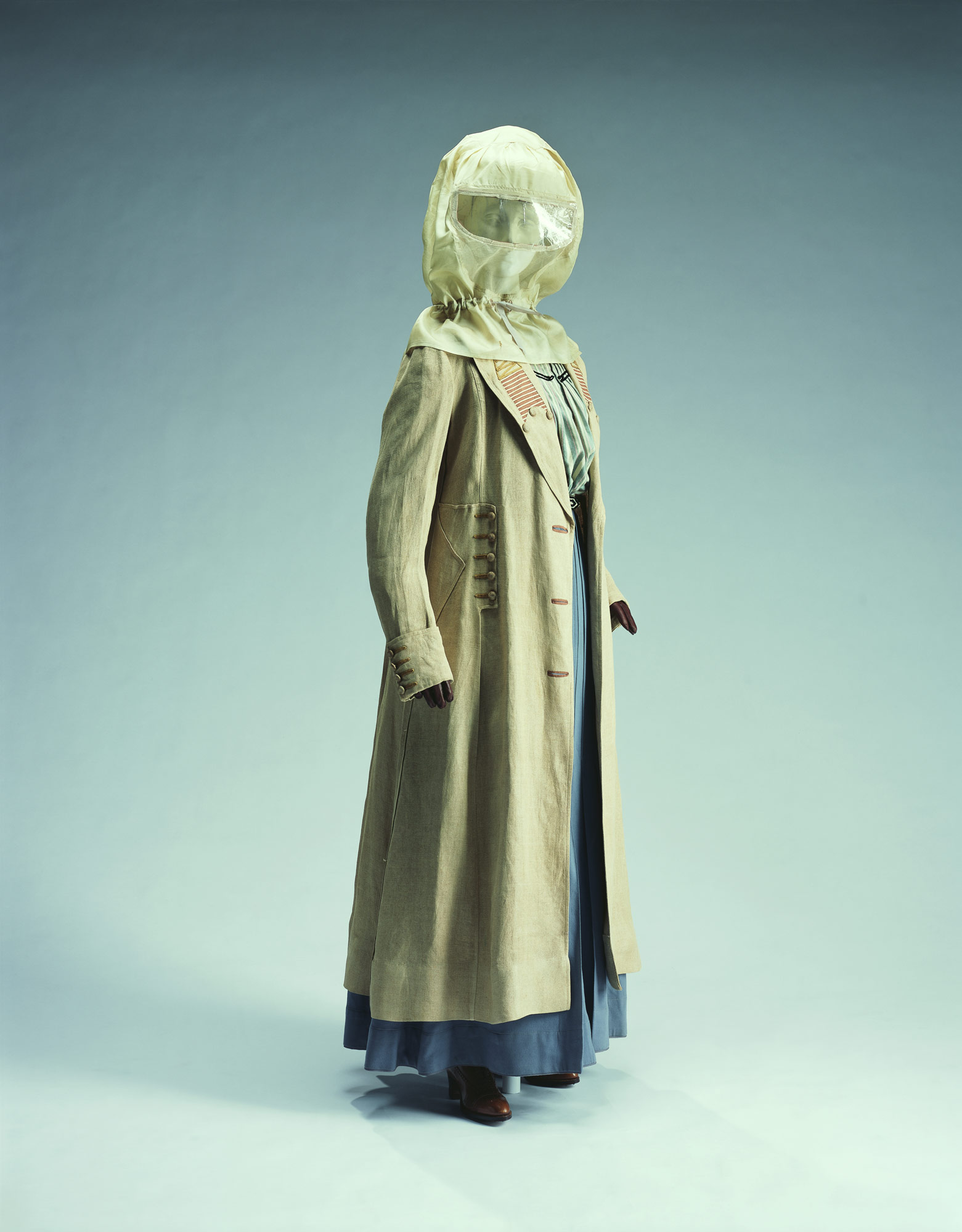 The clothing for automobile rides. Cars were a luxury at the beginning of the 20th century, when this outfit was made. In those days cars had no roofs, and driver and passengers were exposed to winds and rain. Furthermore, because roads were unpaved, motorists had to endure considerable dirt and dust. Accordingly, driving outfits needed to include a long coat, eye protection, and a dust hood, which was far from graceful. However, driving was the latest pleasure and a status symbol for the wealthy of that era.