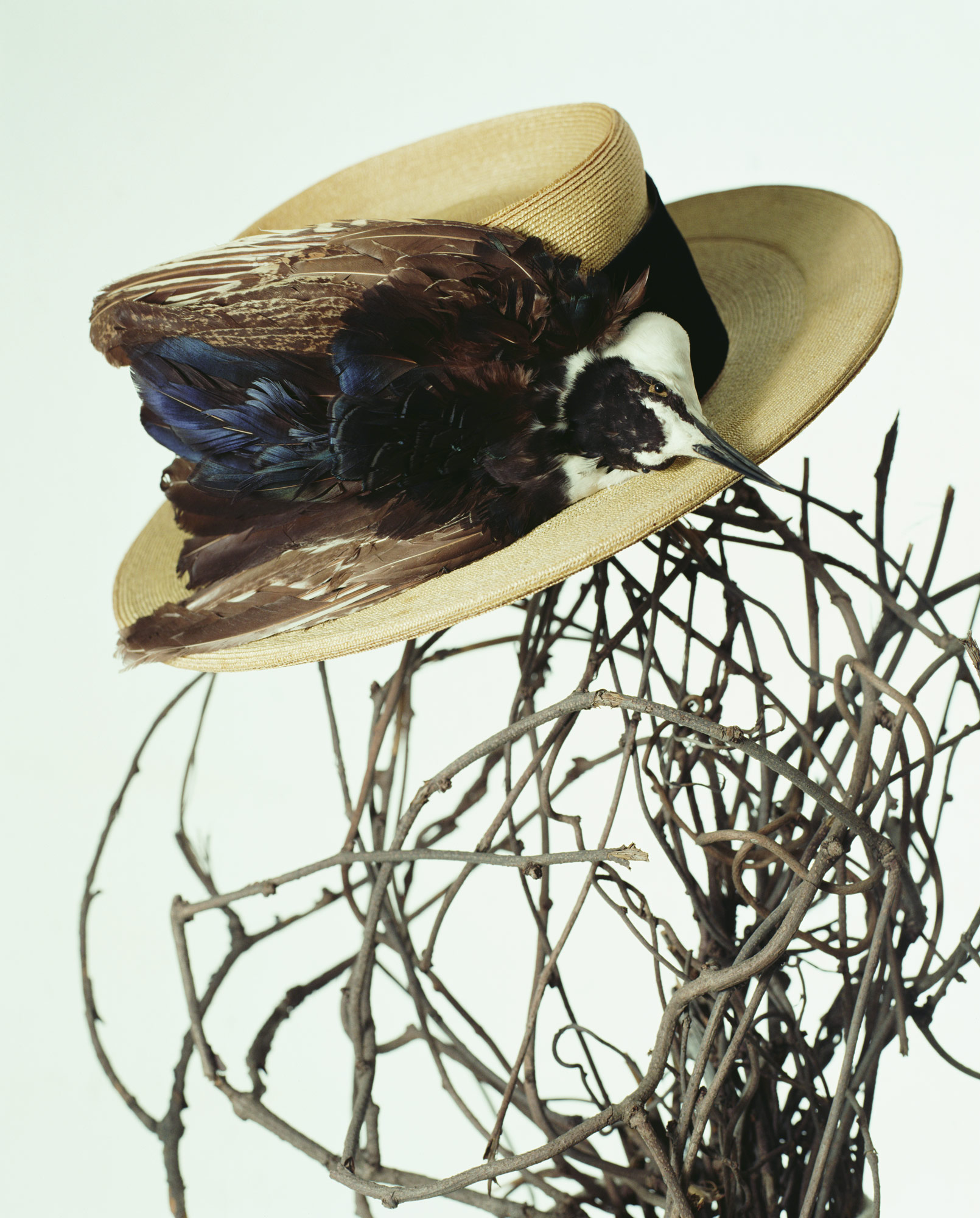 A whole stuffed bird was used to decorate this canotier. Canotier, used to be for men, had been employed by women since the end of the 19th century. It is typical of the beginning of the 20th century, when women vied to wear the most fashionable hats. Because of this craze, birds with beautiful feathers faced extinction, and finally a consensus arose for the protection of such birds. In the U.S., a convention was established to prohibit people from killing, importing or selling wild birds.