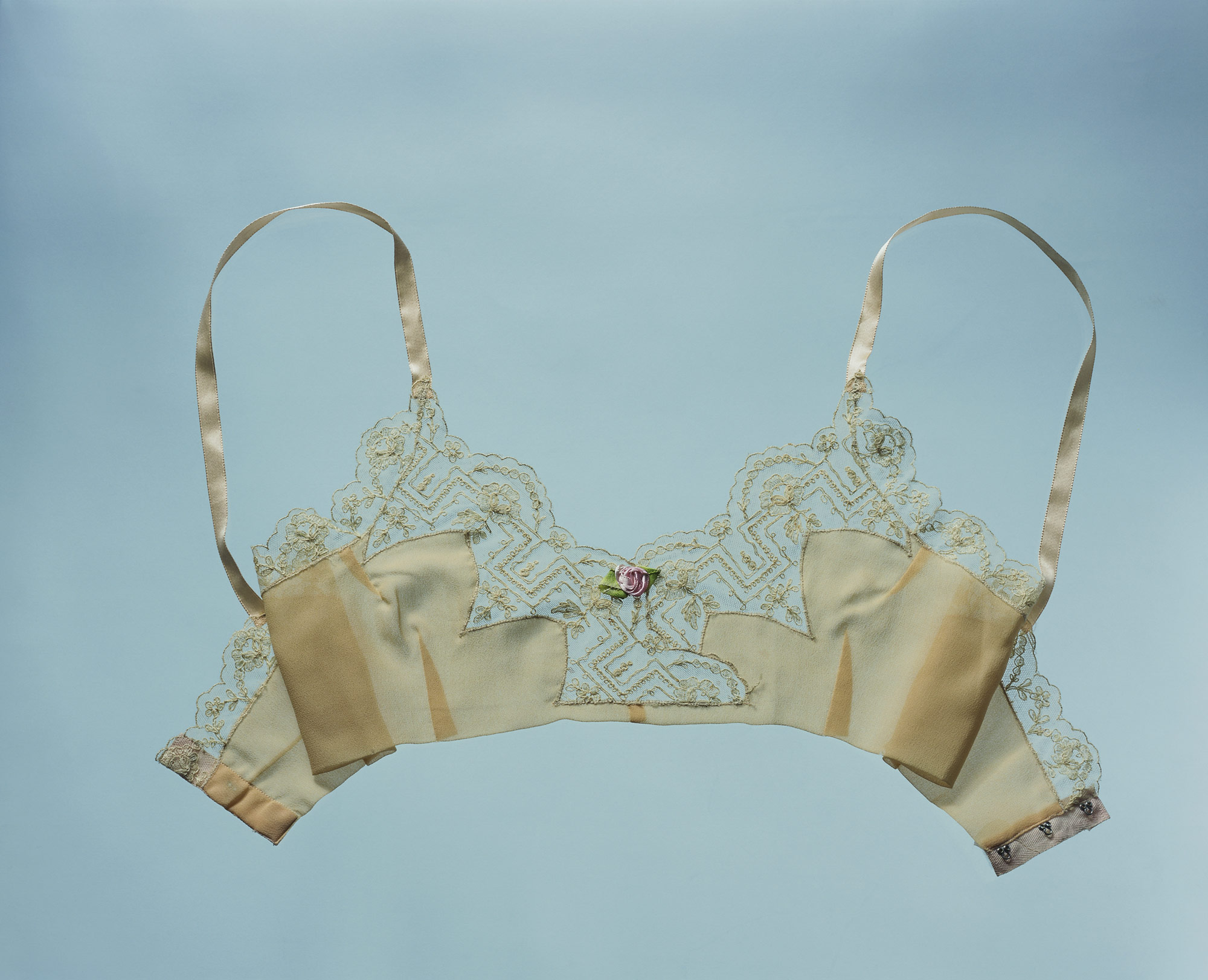 The brassiere of soft thin materials and flat shape. It was known as a band, because it was used to make breasts flat, instead of pushing them up. It is associated with the fashion of eliminating feminine body curves among the dynamic new women known as "Garçonnes" (a feminization of the French word for "boys"). Fashion in the 20th century moved to a new direction. Corsets, which had tightly constrained women's bodies and at the same time supported their bosoms, emphasizing the feminine curves of breasts, were discarded after World War I. That is why new underwear, the brassiere, was needed. The first brassiere introduced in Japan was of this type, and was called a "Chichi-band."