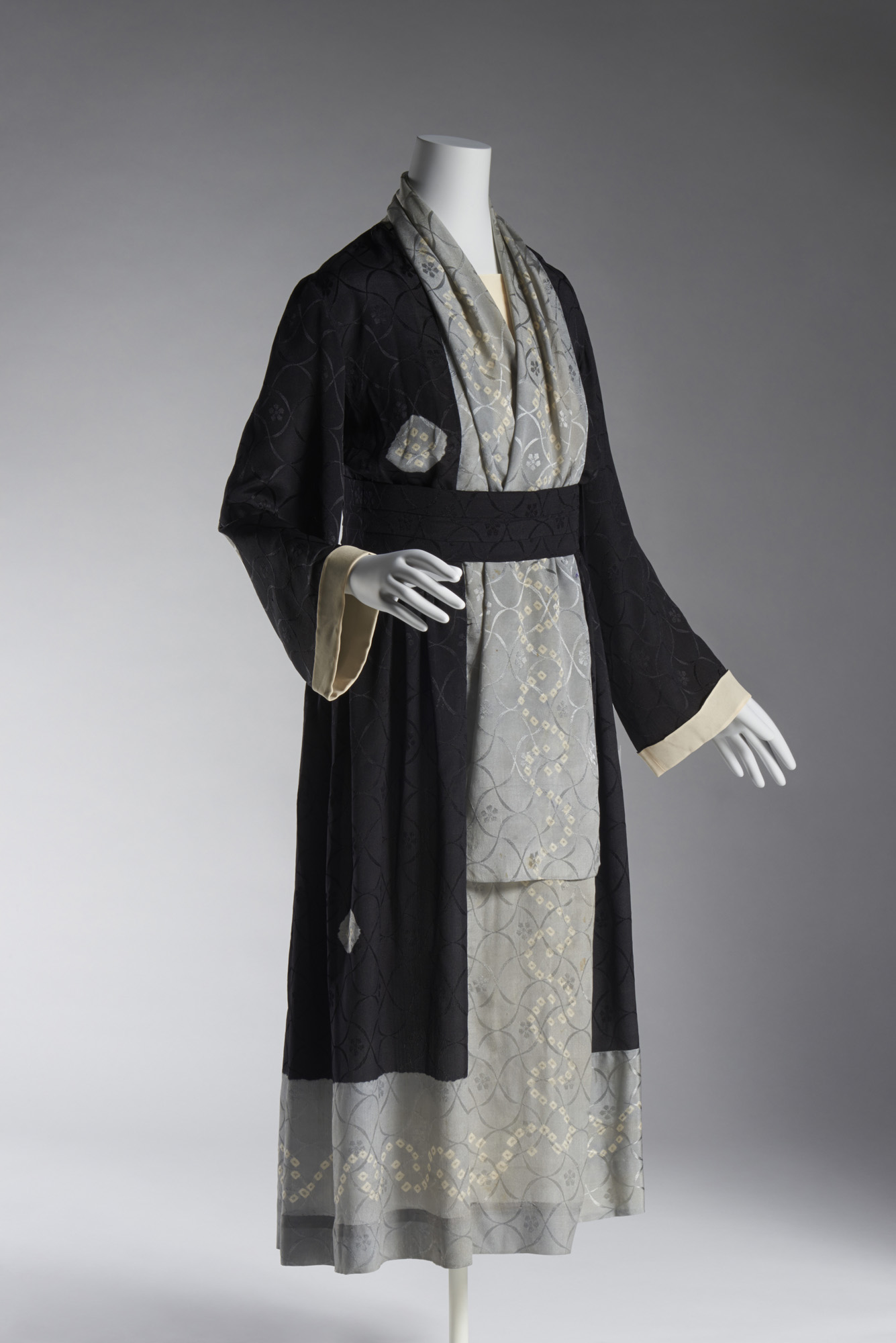 A leader in adopting new trends, Poiret, who opened his store in 1903, had keen insight into the fashion sensibilities of the early twentieth century. He presented a dress without a corset in 1906 and later introduced a series of works influenced by the avant-garde Ballets Russes that incorporated motifs from Egypt and Eastern Europe, among other sources. As he sought to break away from nineteenth-century-style clothing that conformed to and restricted the body, he worked to create a straight cut and gentle drape in his dresses, drawing on clothing features from several countries, including Japan.
Poiret’s wife, Denise, is said to have worn this dress, tailored to suggest a black woven “haori”, or short coat, worn over a gray kimono. The haori-style collar would have allowed the wearer to wrap a stole around her neck. Judging from the ground pattern of linked weights, the stenciled shibori pattern of linked semicircles, the area-dyeing (okezome) in gray and black, and the red seals stamped on the lining, the fabric might be of Japanese origin—a likelihood given that Poiret collected fabrics from around the world.