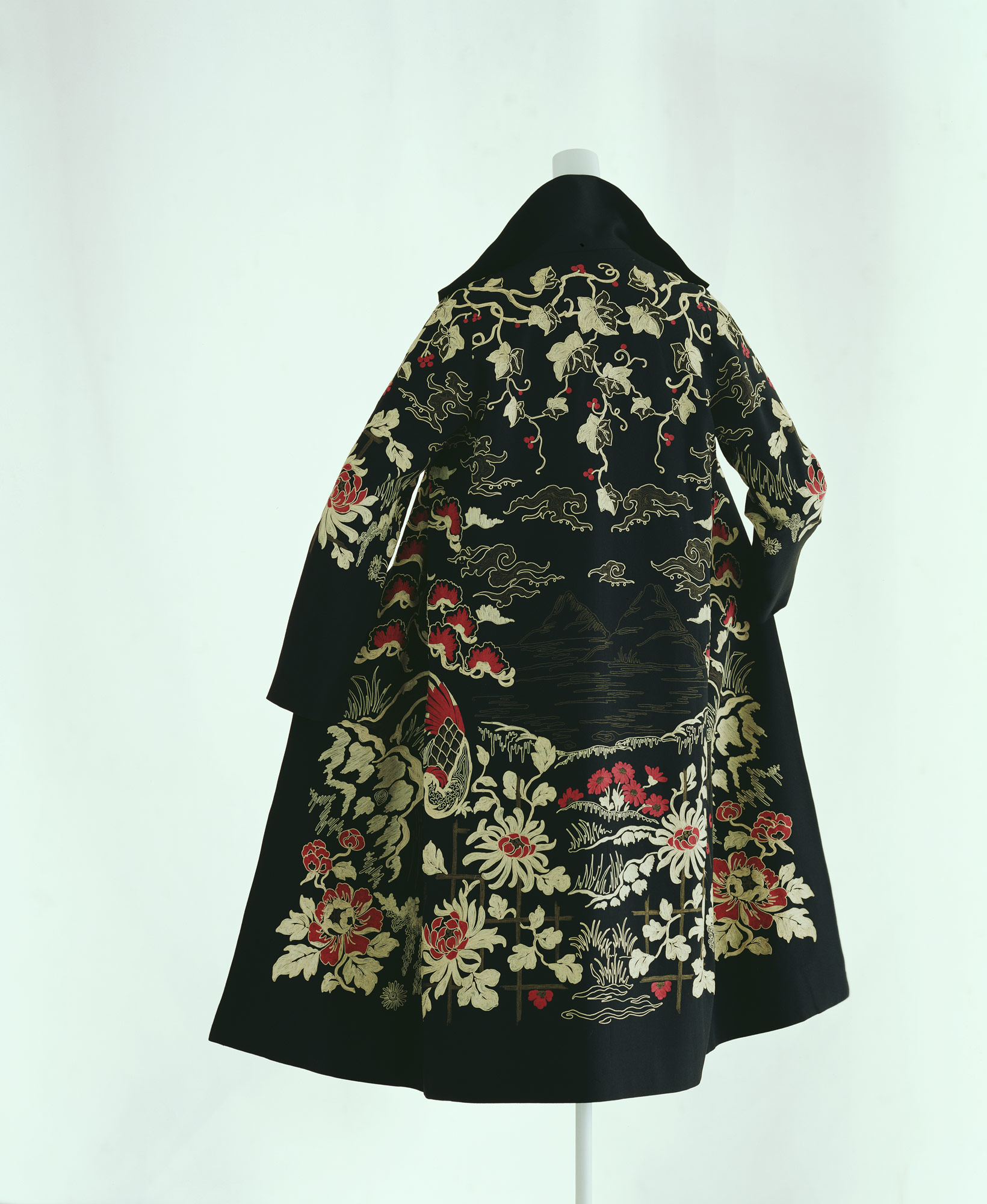 Like a picture, this wool coat is decorated with Beauvais embroidery all over. Fine chain stitch was used to create motifs of bamboo fences with chrysanthemums, cocks, pine trees, water patterns, clouds and waterfalls. The word "mandarin" originally meant a high-ranking official of Qing dynasty China. Paul Poiret named this coat "Mandarin,". The motifs are symmetrically placed in the Western style, showing Poiret's eclectic trait very well. A 1923 issue of "Femina" featured a snapshot of a lady wearing this coat, and many other fashion journals covered China and chinoiserie in the same year. For a Chinese-style party held at the Opera House in the summer of 1923, Poiret dressed up as a mandarin.